Connect with us
Director James Cameron is definitely a very busy man, but he’s more than interested in revealing his plans for the future projects as well. 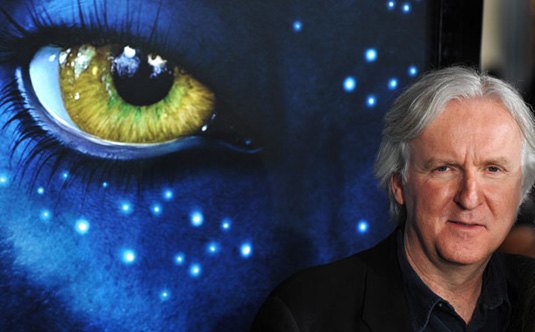 And we love that fact, especially with all that (and still actual) Avatar-mania out there. Because, let us remind you that the highest-grossing movie of all time is set for a re-release on August 27th, while Cameron’s second highest-grossing movie of all time, Titanic will get a 3D theatrical re-release in April 2012. But, that’s definitely not all, and here’s what director had to say about the upcoming projects… First of all, we previously reported about At the Mountains of Madness 3D project that Cameron is producing for Guillermo del Toro. Cameron and Del Toro have been friends for a while, and Cameron asked if del Toro was still thinking of doing Mountains. When Del Toro displayed enthusiasm for the project, Cameron asked, “Why don’t we make it? That conversation led to…let’s go talk to Universal. So we went over there, pitched it with me producing on a fast track, so hopefully we’ll be going second quarter next year. And in 3D!” On the other hand, Cameron has been making notes for another of his “scriptments” and personally penning the novelization of Avatar: “Right now I’m focusing on the novel, and that’s going to take me the next couple months. The novel that corresponds with the first film. I have an overall narrative arc for 2 and 3, and there are some modifications to that based on my experiences in the last few months from having gone down to the Amazon and actually hung out with various indigenous groups who are actually living this type of story for real…but it’s not changing the overall pattern. I haven’t gotten the script done yet; that’s going to be a ways out,” Cameron explained. On the novelization of Avatar, which will likely be released late this year or in early 2011, Cameron told MTV: “I never had a chance to get the novel done while we were making the movie, and I always intended to. I didn’t want to do a cheesy novelization where some hack comes in and makes shit up. I wanted to do something that was kind of a legitimate novel that was inside the characters’ heads. Ideally that becomes a bible for any other writers that want to come along and riff off with other Avatar-based stories. I don’t mind opening up the universe; I just don’t want that to happen until I’ve got more meat on the bones.” And, if you’re wondering about the new footage that is part of the Avatar re-release, here’s what you can expect from the whole thing: “It’s actually nine extra minutes. I added some since that press release. It’s all CG. None of it is kinda boring shots of people sitting around in offices at the base, drinking coffee. It’s all out in the rainforest, some of it is at night. There is a big hunt sequence that’s got a lot of flying, a lot of banshee stuff, riding direhorses, very high-energy, high-impact action. There’s a very powerful emotional scene towards the end that has been added back. There’s some stuff where the Na’vi sort of counterattack after the bulldozers destroy the willowblade, that’s a night attack scene. And the aftermath of that, how the humans react to that and the steps leading to the war. There’s some stuff with Grace in the school in the jungle, there’s a creature called a stingbat which is brought back in as well as the sternbeast, which is the animal that they hunt. We see hundreds of those… There are some little bits that have been put back into the end battle. Little action beats, and a little bit added to the love scene, and some other night stuff. It’s all top-quality stuff, it’s all on par with the rest of the film.”
Continue Reading
Advertisement
You may also like...
Related Topics:At the Mountains of Madness, avatar, Guillermo del Toro, James Cameron, Titanic