Connect with us
Jamie Bell (Jumper) and Anthony Mackie (The Hurt Locker) are in talks to join Sam Worthington in the upcoming movie titled Man on a Ledge. And, that’s not all! 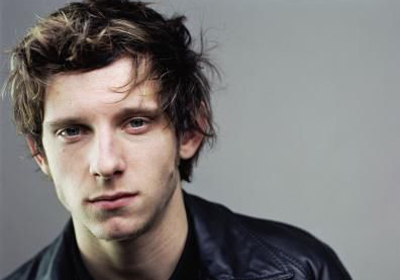 Lovely Amy Adams (that we all remember from Julie & Julia) is also being rumored as the possible candidate for the leading female role. Ok, you must admit that this definitely looks great! Man on a Ledge is the story that begins when an ex-cop-turned-con threatens to jump to his death from a Manhattan hotel rooftop. The NYPD dispatches a female police psychologist to talk him down but, unbeknownst to the cops on the scene, the suicide attempt is a cover for a massive diamond heist. So, we already know that Worthington is set to play the cop, and we guess that Adams (if she officially joins the project) will be playing “female police psychologist.” Bell will play Worthington’s brother, who happens to be planning a heist of a jewelry store across the street while the cop threatens suicide, while Mackie will play his ex-partner. At the end, let us remind you that Asger Leth will direct movie from the script by Pablo Fenjves which will be rewritten by Red scribes Erich and Jon Hoeber. Man on a Ledge begins filming November in New York.
Continue Reading
Advertisement
You may also like...
Related Topics:Amy Adams, Anthony Mackie, Asger Leth, Jamie Bell, Man on a Ledge, Sam Worthington

Tom Cruise or James McAvoy in Guillermo Del Toro’s At the Mountains of Madness?
Rooney Mara as Lisbeth Salander, The Girl With The Dragon Tattoo First Look
Advertisement