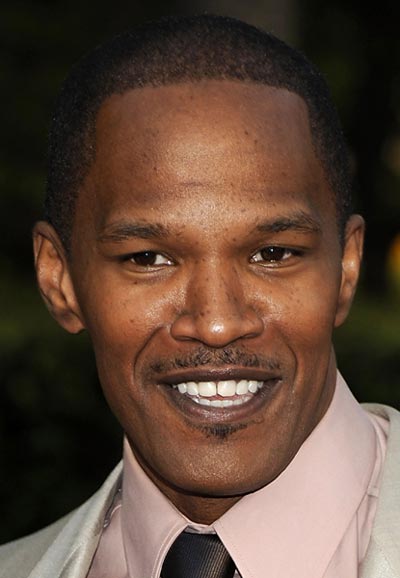 Quentin Tarantino‘s upcoming Django Unchained is definitely an interesting project, and we’re happy to hear that so many famous faces are attached to the whole thing.

Yes, that actually means we’re here for a little casting update, or, should we call it a rumor at this moment? Well, ok, you win, it’s a rumor, but it sounds great!

Apparently, now Jamie Foxx seems to be the front-runner for the role of Django!

Just in case you forgot, here’s a little reminder. The movie will follow:

“Django, a freed slave, who, under the tutelage of a German bounty hunter becomes a bad-ass bounty hunter himself, and after assisting Waltz in taking down some bad guys for profit, is helped by Waltz in tracking down his slave wife and liberating her from an evil plantation owner.”

And when we mentioned those famous faces above, we actually thought that the movie already has an awesome cast.

As you probably remember, Christopher Waltz is set to play that German bounty hunter who trains Django and Leonardo DiCaprio is in negotiations to play the villain, Calvin Candie, who operates a Mississippi plantation called Candyland where he pits male slaves against each other in brutal fights to the death when he isn’t busy sexually exploiting female slaves.

Samuel L. Jackson will also be the part of this project, and he would play the house slave to the bad guy, Monsieur Calvin Candie.

As for Jamie Foxx, we must admit that he’s not a bad choice at all. I mean, if Will Smith is no longer attached to Tarantino’s movie, what the hell, let’s see what Foxx can do. And when we say he’s a front-runner for this role, that means Idris Elba and Chris Tucker are also possibilities.

At the end, let us also mentioned that Django Unchained is slated for a late summer/early fall production start. As usual, we’ll keep an eye on it, so stay tuned!