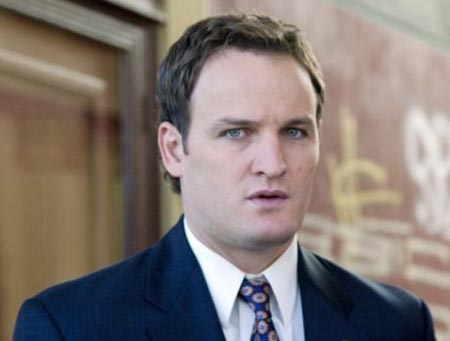 We already had a little chat about this one, but it’s always the right time to see what’s new at the upcoming John Hillcoat‘s Prohibition-era film titled The Wettest County in the World based on the tome by Matt Bondurant. So, the news goes like this – Australian actor Jason Clarke is the latest addition to this project that already stars Shia LaBeouf and Tom Hardy as two of three leading brothers. Hillcoat is directing from a script by Nick Cave, adapted from Matt Bondurant’s book of the same name that follows: “… the Bondurants, bootlegging brothers runnin’ stills, runnin’ loads, and runnin’ from the law in Depression-era Virginia. The book is mainly narrated through the experience of the youngest Bondurant, Jack, and his family’s moonshine enterprise supplies the action in a plot that evokes the culture of distilling and distributing white lightning. To optimistic Jack, bootlegging is both a bond to his older brothers, Forrest and Howard, and a means to make cash to impress a girl. Forrest, by contrast, is taciturn and suspicious: the world is violent, and he meets it on that ground. Tender of the stills and imbiber from same, burly Howard is always ready to take on the Bondurants’ enemies, corrupt law officers. Wending through this conflict in flash-forward mode is novelist Sherwood Anderson, who plumbs the Bondurant story a few years after the brothers’ climactic confrontation with the county sheriff. Descriptively gritty and emotionally resonant, novelist Bondurant dramatically projects the poverty and danger at the heart of the old-time bootlegging life.” Also on board is actress Jessica Chastain who will play Hardy’s love interest, while Mia Wasikowska is reported to be circling a role, according to Variety. The film also rumored to have Ryan Gosling and Amy Adams on board, but that’s not going to happen after all. No production date has been set but as usual, we’ll keep an eye on this story!
Continue Reading
Advertisement
You may also like...
Related Topics:Jason Clarke, Jessica Chastain, John Hillcoat, Mia Wasikowska, Shia LaBeouf, The Wettest County in the World, Tom Hardy