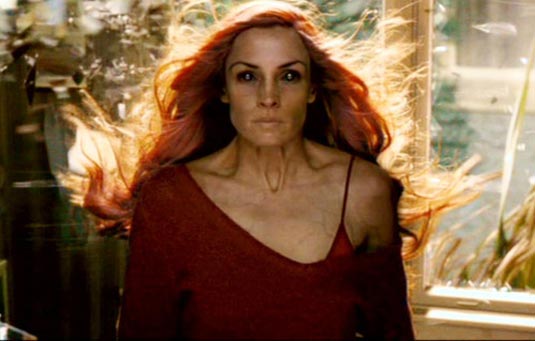 The Phoenix will rise again, it appears. With The Wolverine now in production, the speculations have already begun to circle around whether Famke Janssen will appear as Jean Grey, the love of Logan’s life, in the upcoming stand-alone X-Men sequel. We Got This Covered is reporting that Jean is indeed back, but that might not be what we’d expect. According to their sources Janssen flew into Sydney last week to shoot a cameo as Jean Grey for The Wolverine, so yes, the character is back. How she will ‘click’ with this film and will she have possible future appearances is not yet clear, so stay tuned. The Wolverine is directed by James Mangold and stars Hugh Jackman, Svetlana Khodchenkova, Will Yun Lee and Brian Tee. It will be released on July 26th, 2013. What do you think about her reappearing?
Continue Reading
Advertisement
You may also like...
Related Topics:Brian Tee, Famke Janssen, Hugh Jackman, James Mangold, Svetlana Khodchenkova, The Wolverine, Will Yun Lee, X-Men