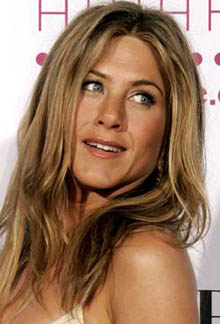 Jennifer Aniston and Adam Sandler are in talks to star in Columbia Picture’s romantic comedy “Pretend Wife.” Dennis Dugan, the director of Sandler’s “You Don’t Mess With The Zohan,” is the leading contender to direct the project, though no deals have been made as the studio is figuring out the seating arrangement. A script for “Pretend Wife,” once known as “Holiday in Hawaii,” is written by Allan Loeb (“Things We Lost in the Fire,” “21,” “Wall Street 2: Money Never Sleeps”) and Tim Dowling (“Role Models”) is being kept under wraps. Columbia is planning a shoot early next year and eyeing a release on February 11, 2011. Aniston can next be seen in romantic comedies “The Bounty” opposite Gerard Butler and “The Baster” (also written by Allan Loeb) with Jason Bateman, Patrick Wilson and Jeff Goldblum. Sandler’s ensemble comedy “Grown Ups” opens next summer. He works on “Jack and Jill” where he plays ‘opposite himself’ twin brother and sister and he will voice Monkey in next year’s “The Zookeeper.”
Continue Reading
Advertisement
You may also like...
Related Topics:Adam Sandler, Jennifer Aniston