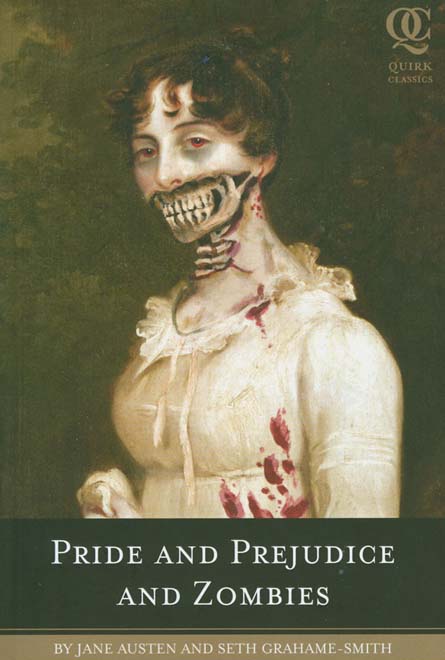 “Pride and Prejudice and Zombies” will be Natalie Portman‘s next project – she will star in and produce. The movie is based on the bestselling book of the same name written by Seth Grahame-Smith and Austen. “Pride and Prejudice and Zombies” is described as an expanded version of the Austen classic, so, this could be something like Jane Austen’s classic novel “Pride and Prejudice” with horror elements. Grahame-Smith’s book tells the timeless story of a woman’s quest for love and independence amid the outbreak of a deadly virus that turns the undead into vicious killers. Portman will play feisty heroine Elizabeth Bennet, who is distracted from her quest to eradicate the zombie menace by the arrival of the arrogant Mr. Darcy. “Natalie and I are longtime passionate fans of Jane Austen’s books and this a fresh, fun and thought-provoking way to approach her work,” Annette Savitch (one of the producers) said. “The idea of zombies running rampant in 19th Century England may sound odd, but it lends a modern sense of urgency to a well known love story,” Savitch added. Lionsgate will finance and distribute the movie.
Continue Reading
Advertisement
You may also like...
Related Topics:Natalie Portman, Pride and Prejudice and Zombies, Seth Grahame-Smith