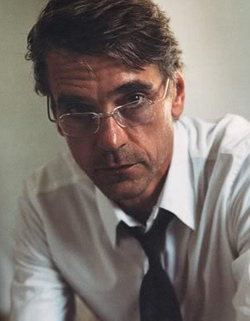 This is something that we could already call just another “financial drama.” But, when we have some great cast involved in the upcoming J.C. Chandor‘s project titled Margin Call then we must add – financial drama that we’re actually very interested in! Demi Moore, Simon Baker, Paul Bettany, Kevin Spacey, Stanley Tucci, Zachary Quinto all in one movie? And now Jeremy Irons has joined the cast as well? Well, not bad for some “economic-meltdown” drama at all! Margin Call is a movie that “follows the main players during a big New York investment bank around the start of the 2008 financial crisis. During a 24-hour period, we watch the various company types interact and react to the startling situation.” JC Chandor is directing from the script he wrote himself, and, just for a record, the movie has been shooting in New York for three weeks already! That means that we already know the characters, so here they are: Jeremy Irons plays the chief exec of a financial firm, which likely makes him the top dog among the collection of “eight people at a prominent investment bank in a tumultuous 24-hour period during the early stages of the financial crisis.” Lovely Demi Moore plays “the chief risk management officer” of the financial firm. On the other hand, Simon Baker plays “a ruthless, high-powered securities broker who oversees the characters played by Kevin Spacey, Stanley Tucci and Zachary Quinto, and drives his colleagues to win by any means necessary” while Paul Bettany plays a top-tier trader. Get ready for some financial horror with some well-known names, and stay tuned!
Continue Reading
Advertisement
You may also like...
Related Topics:Demi Moore, Jeremy Irons, Kevin Spacey, Margin Call, Paul Bettany, Simon Baker, Stanley Tucci, Zachary Quinto