Focus Features has just released poster for Jim Jarmusch‘s latest film, “The Limits of Control” starring Isaach De Bankolé, Tilda Swinton, John Hurt, Gael García Bernal and Bill Murray. The Limits of Control is the story of a mysterious loner (played by Mr. De Bankolé), a stranger, whose activities remain meticulously outside the law. He is in the process of completing a job, yet he trusts no one, and his objectives are not initially divulged. His journey, paradoxically both intently focused and dreamlike, takes him not only across Spain but also through his own consciousness. “The Limits of Control” goes into limited release on May 22nd. 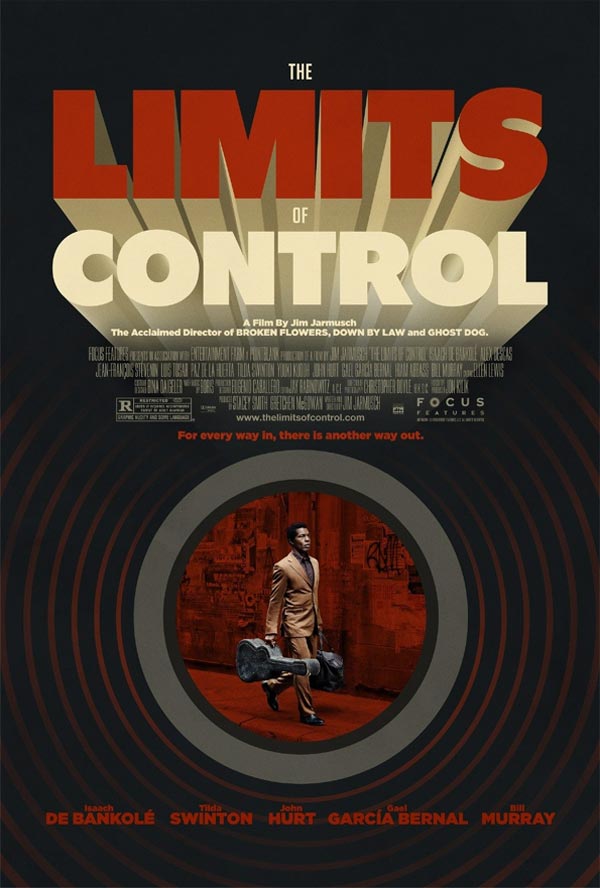