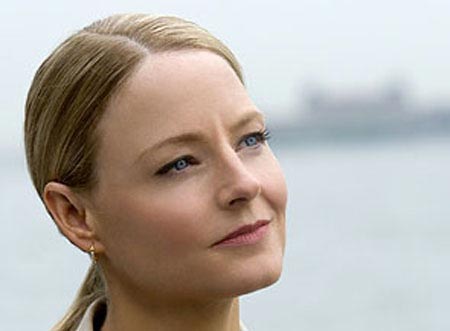 Last month we heard some rumors about Jodie Foster and her possible involvement in an upcoming Neill Blomkamp‘s project titled Elysium that already stars Matt Damon and Sharlto Copley. Today, the actress has denied she is involved with the movie. Or, at least, not at the moment. “Actually, I’m not on that movie! I don’t know how that got out there,” Foster said in an interview with Empire, and added: “Well, I’m not on it, but I’m not booked or involved in a deal yet. People want to jump the gun on Neill because he’s the new David Fincher or whatever. And I get why – I love him and District 9 was my favourite film of 2009. But we’re just not at that time in the process yet…” Not much is known about the whole thing, other than it is set 100 years in the future. However, Blomkamp previously described it as “totally original, it’s my own story…It’s set on another planet, but it’s cool. It’s violent, very violent, and very unique hopefully. We’ll see.” The film will begin pre-production in April, and start filming in July in Vancouver before moving to Mexico City. When it comes to Foster, she has just completed The Beaver, which she directed and appeared in opposite Mel Gibson and a glove puppet. I guess we’ll all have to wait and see what will happen with Elysium in a next few weeks. As usual, we’ll keep you updated!
Continue Reading
Advertisement
You may also like...
Related Topics:Elysium, Jodie Foster, Matt Damon, Neill Blomkamp, Sharlto Copley

James Franco in Sam Raimi’s Oz, the Great and Powerful After Johnny Depp Passes?
Arrested Development Movie Yet To Be Released By The End Of This Year
Advertisement