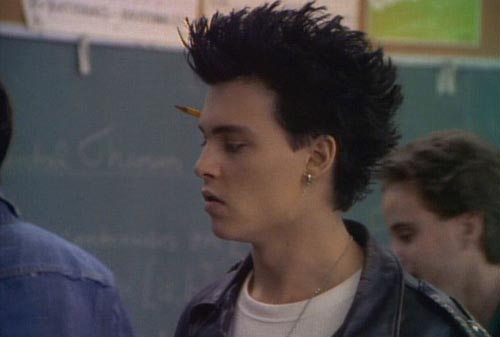 21 Jump Street update, guys! Remember that rumor about Johnny Depp and his possible cameo in the whole thing? Well, guess what, it’s actually going to happen!

As you already know, this project definitely has an awesome cast on board, so we’re happy to remind you that (beside Depp) movie stars Jonah Hill, Channing Tatum, Ice Cube, Brie Larson, Dave Franco Jake Johnson and possibly Rob Riggle.

So, Chris Miller and Phil Lord (Cloudy With A Chance Of Meatballs helmers) are on board to direct 21 Jump Street, this time from a script by Scott Pilgrim writer Michael Bacall.

As you already know, 21 Jump Street is the headquarters for a squad of police officers who specialize in investigations relating to young people. Each of the Jump St. personnel was selected for their ability to pass for high school or college students, allowing them to operate undercover in areas where it is difficult for regular police officers to blend in unnoticed.

Above mentioned Hill and Channing Tatum are on board to star as two cops pulled aside to work undercover in high schools, while Rob Riggle is still in talks to play a villain.

Production on this project started yesterday, and the film will hit theaters on March 16th, 2012.