As you might know Leonardo DiCaprio and Martin Scorsese are back together again with The Wolf of Wall Street. On the other hand, the long-gestating Disney project Magic Kingdom might keep us waiting for a while, but that’s apparently a good thing. These two productions have in common one person and his name is Iron Man helmer Jon Favreau; he has booked a role in biopic based on the book by Jordan Belfort as well as the director also provided an update on Magic Kingdom that involves some collaboration with Pixar. Favreau says:

I went back to back to back with three movies in a row, Iron Man, Iron Man 2 and Cowboys & Aliens, all of them with release dates announced as I walked in. As I cracked the script for the first time [on those projects] we already knew the date and the poster, in some cases the cast. On this one, Magic Kingdom is a big film. It’s a very special piece of intellectual property with all the characters from the park and the legacy of Walt Disney.

It’s going to be a family in the park. It’s an alternate reality version of the park that they get launched into. So much of it is just how it weaves together as a tapestry and what the visuals look like in creating this rich world. It’s informed by everything that I remember and know about the park from going there since I was a small child.

Ups… almost forgot he plays a smart, sharp witted securities lawyer in the drama The Wolf of Wall Street. Here’s the plot description:

Jordan Belfort, who founded one of the first and largest chop shop brokerage firms in 1987, was banned from the securities business for life by 1994, and later went to jail for fraud and money-laundering, delivers a memoir that reads like fiction. It covers his decade of success with straightforward accounts of how he worked with managers of obscure companies to acquire large amounts of stock with minimal public disclosure, then pumped up the price and sold it, so he and the insiders made large profits while public investors usually lost. Profits were laundered through purchase of legitimate businesses and cash deposits in Swiss banks. There is only brief mention of Belfort’s life before Wall Street or events since 1997. The book’s main topic is the vast amount of sex, drugs and risky physical behavior Belfort managed to survive. As might be expected in the autobiography of a veteran con man with movie rights already sold, it’s hard to know how much to believe.

The film also features Jean Dujardin, Jonah Hill and Kyle Chandler and it was adapted by Terence Winter (The Sopranos); Scorsese’s film shoots in August. 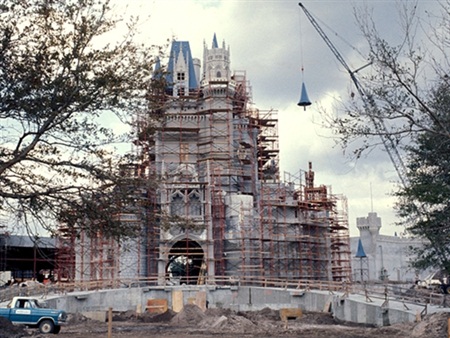