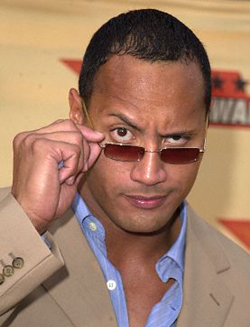 Filming of Journey 2: The Mysterious Island has begun in Oahu, Hawaii. As we already know, this is the sequel to Journey to the Center of the Earth (2008). Movie is directed by Brad Peyton (who was in charge for Cats & Dogs: The Revenge of Kitty Galore) and already has Josh Hutcherson reprising his role from the first film (explorer Sean Anderson), together with Dwayne Johnson, who will play his stepfather, on a quest to find the mysterious and monster-filled island and his missing grandfather. We all know that Brendan Fraser starred in the 2008 film, but passed on the sequel because of a scheduling conflict. Journey 2 stars Dwayne Johnson, Michael Caine, Josh Hutcherson, Vanessa Hudgens, Luis Guzman and Kristin Davis. Check out the Journey 2: The Mysterious Island 3D synopsis: Josh Hutcherson will reprise his role as young adventurer Sean Anderson in this exciting follow-up to the 2008 worldwide hit Journey to the Center of the Earth 3D, the first live-action film ever to be shot in digital 3D. Dwayne Johnson stars as Sean’s stepfather, Hank Parsons and Michael Caine as Sean’s grandfather, Alexander Anderson. Vanessa Hudgens and Luis Guzman will star as a father-daughter tour guide team and Kristin Davis as Sean’s mom, Liz Anderson. The new journey begins when Sean receives a coded distress signal from a mysterious island where no island should exist – a place of strange life forms, mountains of gold, deadly volcanoes, and more than one astonishing secret. Unable to stop him from going, Sean’s new stepfather joins the quest. Together with a helicopter pilot and his beautiful, strong-willed daughter, they set out to find the island, rescue its lone inhabitant and escape before seismic shockwaves force the island under the sea and bury its treasures forever. Let us just remind you that the original 1959 version of Journey to the Center of the Earth starred James Mason and Pat Boone and earned Oscar nominations for best art direction, best effects and best sound. This time, Journey 2: The Mysterious Island will be shot in 3D, with the targeted release date September 23rd, 2011.
Continue Reading
Advertisement
You may also like...
Related Topics:Brad Peyton, Dwayne Johnson, josh hutcherson, Journey 2: The Mysterious Island, Kristin Davis, Michael Caine, Vanessa Hudgens