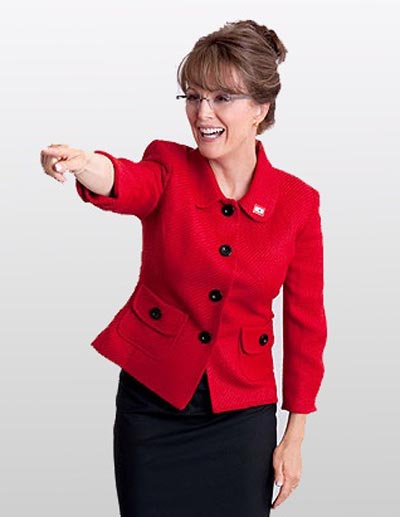 Am I dreaming, or is this really Julianne Moore? I mean, look at her, she looks exactly like Sarah Palin!

Ok, you already know that we’re talking about the upcoming HBO movie titled Game Change, directed by Jay Roach, and based on Mark Halperin and John Heilemann‘s 2010 bestseller of the same name, so please take a look at this photo and tell me, is this Julianne Palin or Sarah Moore?

Ok, enough joking, this is the real thing. Whoever thought that Moore is the perfect choice to play Pallin on a big screen was damn right!

Production on Game Change started yesterday, and the whole thing is written by Danny Strong, while Tom Hanks and Gary Goetzman are executive producers.

Here’s a little description of the story: “In 2008, the presidential election became blockbuster entertainment. Everyone was watching as the race for the White House unfolded like something from the realm of fiction.

The meteoric rise and historic triumph of Barack Obama. The shocking fall of the House of Clinton – and the improbable resurrection of Hillary as Obama’s partner and America’s face to the world. The mercurial performance of John McCain and the mesmerizing emergence of Sarah Palin. But despite the wall-to-wall media coverage of this spellbinding drama, remarkably little of the real story behind the headlines had been told – until now.

Let us know what you think about Julianne Moore as Sarah Palin!

Cancel reply
Milos Forman in Talks to Direct the Biopic Ponzi’s Scheme
John C. Reilly Has NOT Been Offered Role in The Hunger Games
Advertisement