Connect with us
Just in case you were wondering if Doug Liman‘s 2008 film Jumper will ever get the sequel, we’re here today to answer that question. And, the answer is – yes. 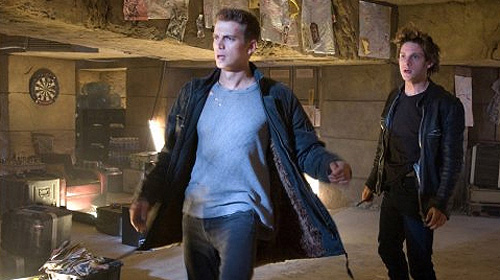 A sequel is being actively discussed, or, at least, that’s what the Jumper star Hayden Christensen, explained in a recent interview with MTV. Check out what he had to say about the whole thing: “We’re talking about it right now actually. Where could the story go? Hopefully somewhere a little darker. I think there’s a lot you can do with it. It was sort of set up in a way it’s gonna be mother hunting son and possibly even maybe sister hunting brother. We’re talking about it, trying to figure it out.” Let us just remind you that this sci-fi action film starred Hayden Christensen as a teleporter and Samuel L. Jackson as the man hunting him down. It was a quite modest hit when it arrived in February of 2008. At this moment we have no idea if Samuel L. Jackson would also reprise his role. But, as usual, we’ll keep you updated!
Continue Reading
Advertisement
You may also like...
Related Topics:Doug Liman, Hayden Christensen, Samuel L. Jackson