Yeah, yeah, I already hear you saying – and what the hell is Justice all of the sudden, but this time it’s not my mistake. Why? Well, because this is the same project first announced two years ago – it’s just that it had pretty cool title back then – Hungry Rabbit Jumps. Now, it looks that rabbit is no longer hungry – except maybe for justice, or whatever. So, we’re gathered here today to check out the fresh trailer and a bunch of new pics from Roger Donaldson‘s upcoming Justice, visceral action thriller which stars Nicolas Cage and January Jones.

Movie follows popular high school teacher Will Gerard (Nicolas Cage) who lives a life of content domesticity with his beautiful musician wife Laura (January Jones). Until one night’s horrific events, turns their world upside down.After Laura is violently attacked and left traumatized in hospital, Will is approached by a well-dressed stranger (Guy Pearce) offering to dispense immediate justice to the attacker and save the couple from an emotionally traumatic trial. Distraught, Will accepts the proposal but soon learns justice comes at a price.

So, basically we have a thriller with unexpected twists, and once again Cage as man who will go to seek his vengeance. Not much of a story, but we’ll give them a try simply because an interesting cast is involved in the whole thing. Justice opens in UK on November 16th. 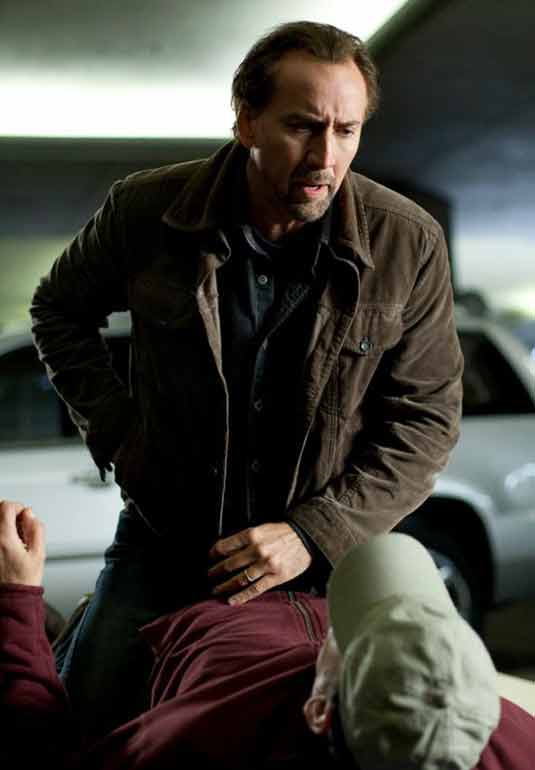