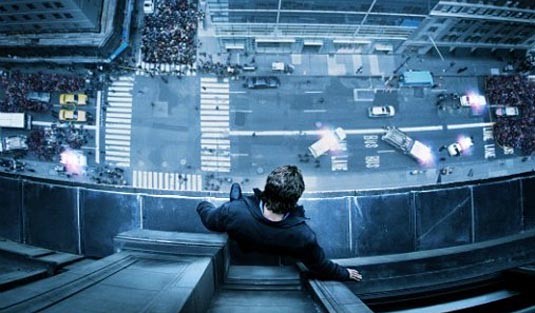 Check out the new trailer and poster for the Sam Worthington thriller Man on a Ledge. Worthington (Avatar, Terminator: Salvation) and Elizabeth Banks (The Next Three Days) star among an ensemble cast including Anthony Mackie (The Hurt Locker), who portrays Worthington’s best friend and ally and Jamie Bell ( Billy Elliot ) who is Worthington’s younger brother and ardent supporter. Also along for the ride is four-time Oscar® nominee, Ed Harris (Pollock) who plays a powerful businessman, while Edward Burns (27 Dresses) is a rival negotiator who tries to swoop in when he believes Banks has a conflict of interest. Newcomer Genesis Rodriguez(Casa di me Padre) plays Bell’s girlfriend who along with Bell, tries to prove Worthington’s innocence. Synopsis:

An ex-cop and now wanted fugitive stands on the ledge of a high-rise building while a hard-living New York Police Department negotiator tries to talk him down. The longer they are on the ledge, the more she realizes that he might have an ulterior objective. 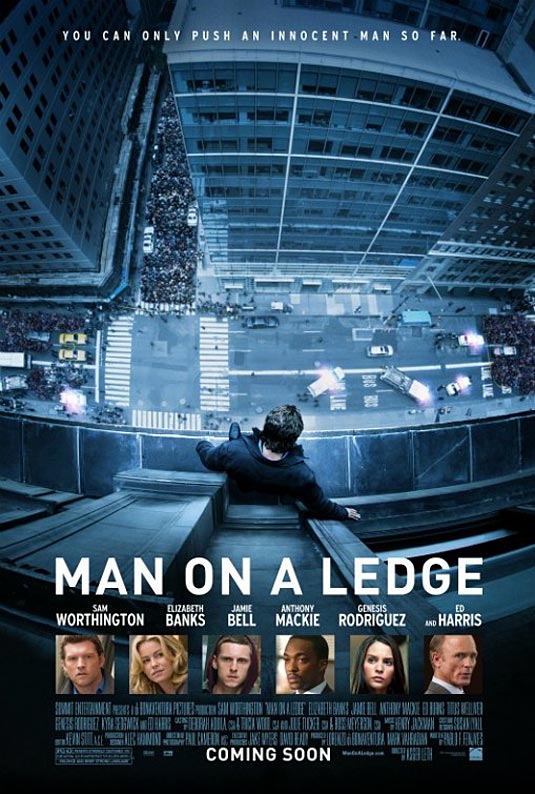