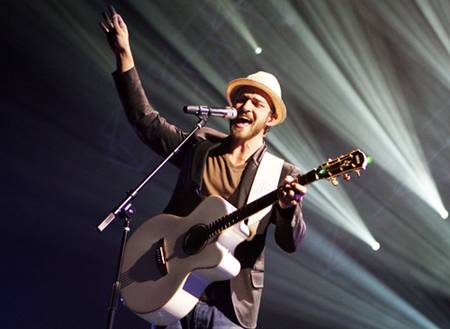 Coen Bros. have offered Justin Timberlake (not Bieber) a lead role in their next movie, folk music bio-pic that will be called Inside Llewyn Davis. When you think about the fact that Inside Llewyn Davis is about the 60s folk scene in Greenwich Village and it is important that your lead can sing and act, this actually makes sense. The question is whether or not Timberlake will be up to the challenge. Taking the lead in a movie from the Coen brothers is a little bigger challenge than was The Social Network. However, the report says that Timberlake has been offered the role of Jim, a folk musician married to Jean, who will be played by Carey Mulligan (Pride & Prejudice). The titular lead in the film is set to be played by Oscar Isaac (Ridley Scott’s Robin Hood). Isaac is also an accomplished musician soon to be seen performing his own track ‘Never Had’ in Jamie Linden‘s Ten Year, the high-school-reunion ensemble drama. As you remember, the title character is based on the real life folk singer Dave van Ronk, so we can assume that Jim would be based off someone as well. Greenwich Village in the 60′s was responsible for many great folk singers, but none more so than Bob Dylan himself. I still don’t know if Jim’s character is loosely based on Dylan The film, written and directed by the Coen Brothers, is partly based on Dave Van Ronk’s memoir The Mayor of MacDougal Street and is set to begin in the spring, 2012 in New York. This is just an offer, so we’ll let you know if JT accepts it or not. Timberlake will soon be seen in Andrew Niccol’s psychological thriller In Time with the stunning Amanda Seyfried on November 1st, 2011. Check them out in the trailer below: [youtube]http://www.youtube.com/watch?v=efNzhEKm3w4[/youtube]