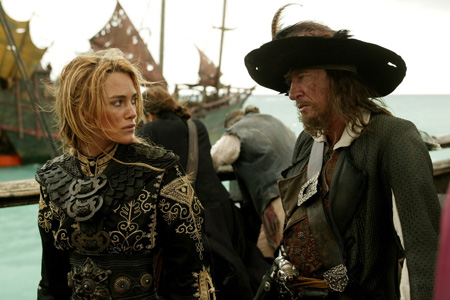 Walt Disney Pictures has recently announced that they will be making a fourth “Pirates of the Caribbean.” Johnny Depp will be again Captain Jack Sparrow but the question is would the rest of the cast return. Keira Knightley said in an interview with MTV News that she has no idea what’s going on with the new installment and she thinks “it’s time to do different things.” Check out the video interview with Keira Knightley HERE
Continue Reading
Advertisement
You may also like...
Related Topics:Johnny Depp, Keira Knightley, Pirates of the Caribbean 4