Connect with us
The first trailer for Jake Scott‘s Welcome to the Rileys starring Kristen Stewart has debuted on Yahoo. 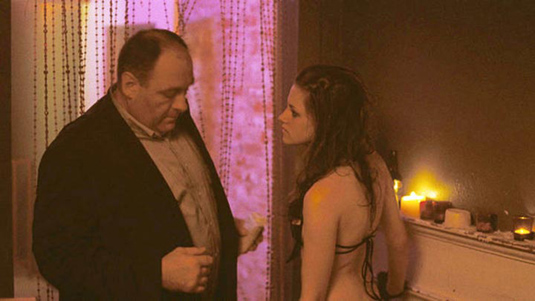 Kristen Stewart as Mallory in Welcome to the Rileys Jake Scott, son of Ridley Scott, directed the movie from the screenplay written by actor and writer Ken Hixon (Inventing the Abbotts, City by the Sea). The drama also stars James Gandolfini and Melissa Leo. Here’s the official Plot Summary: Welcome to the Rileys is a powerful drama about finding hope in the most unusual of places. Once a happily married and loving couple, Doug and Lois Riley (James Gandolfini and Melissa Leo) have grown apart since losing their teenage daughter eight years prior. Leaving his agoraphobic wife behind to go on a business trip to New Orleans, Doug meets a 17-year-old runaway (Kristen Stewart) and the two form a platonic bond. For Lois and Doug, what initially appears to be the final straw that will derail their relationship, turns out to be the inspiration they need to renew their marriage. Welcome to the Rileys premiered at this year’s Sundance Film Festival is scheduled to be released in limited theaters starting on November 5th, 2010.
Continue Reading
Advertisement
You may also like...
Related Topics:Jake Scott, James Gandolfini, Kristen Stewart, Melissa Leo