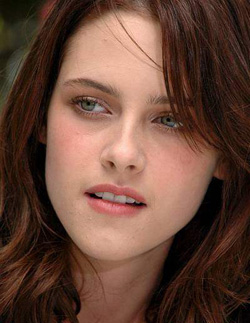 Kristen Stewart fans check this out! Brazilian director Walter Salles has cast Twilight Saga star along with Sam Riley and Garrett Hedlund for the film adaptation of Jack Kerouac‘s 1957 seminal novel On the Road. The movie will be centered on the story of a young man’s travel in the United States, and is scheduled to be released in 2011. The movie is actually a largely autobiographical work that was based on the spontaneous road trips of Kerouac and his friends across mid-century America. We definitely expect more information about this project, but, at this moment, we know that Kristen Stewart will play Dean Moriarty’s incandescent on-and-off wife Marylou, while Sam Riley (best known from Control) will star as Kerouac’s alter ego Sal Paradise. Garrett Hedlund (of the upcoming Tron Legacy) has been cast as Moriarty, the character based on the rebellious Cassady. Stewart looks very excited about this one since we had a chance to hear this kind of words from her: “I am very much attached to a movie that has been trying to get made forever. Not that this is going to help it, but maybe I can just brag a little bit. I am super excited about it, too. I am about to play Marylou in On the Road.” And we can’t wait to see her in this role! Walter Salles whose Brazilian drama Central Station (1998) was nominated for a Best Foreign Language Film Oscar, has been set to direct On the Road from a screenplay by Jose Rivera. That’s no surprise, since they had already partnered on another road movie The Motorcycle Diaries back in 2004, which starred Gael Garcia Bernal as Ernesto Guevara de la Serna, the future radical left-wing revolutionary Che Guevara. On the Road should start shooting on August 1 in New Orleans and Montreal, but, as we said, we’re expecting more details about this interesting project, so stay tuned!