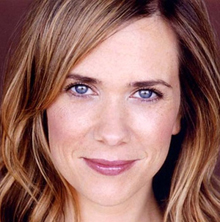 Interesting title, and interesting news about this upcoming dark-comedy project that goes like this: Kristen Wiig has optioned (and plans to star in, as well) a novel called Clown Girl for a feature film adaptation! Before you pass this report, let us tell you that Monica Drake penned the 2001 novel, and that the book follows Nita as she struggles to make ends meet and to resist the clown fetishists prostitution trade. Not so bad after all? Check out the rest of the report… Of course, Wiig will star as Nita, a women in throes of life whose alter ego is Sniffes, a professional clown. Nita gets lost in Sniffes as a means to forego her prostitution fetish. The Clown Girl novel synopsis part sounds like this: “Nita, otherwise known as Sniffles the Clown, is tying balloon animals for a horde of greedy, sticky children at a fair. Suffering what may be a cardiac event, she’s rushed to the hospital, after trying to get help from a clown fetishist, who simply drops his phone number on top of her prone form. Welcome to wacky, stressful Baloneytown, where clown prostitution, stoned dogs and fire juggling–cum–arson are the norm. Nita struggles to make enough money clowning to keep herself in oversized shoes and squirting daisies, while also saving for Clown College tuition for her boyfriend, handsome clown Rex Galore. But Rex is mostly MIA, and Nita’s longing for him settles on local cop Jerrod. While not much happens, the pace of the narrative is methamphetamine-frantic, as Drake drills down past the face paint and into Nita’s core, often using Nita’s relations with men as the bit.” Is Wiig, that we all remember from titles like Knocked Up and Adventureland, the perfect one for this role? We definitely think she is! After all, she used her own money to option the novel, so we’re happy to hear she’s so busy these days. Just for a record, she has three films coming out, the Universal animated film Despicable Me, Andrew Jarecki’s drama All Good Things and Greg Mottola’s Paul. And, if that’s not enough of Wiig for you, than remember to check her out in MacGruber later on this month. We’ll keep an eye on a Clown Girl, don’t worry, and of course, stay tuned!
Continue Reading
Advertisement
You may also like...
Related Topics:Kristen Wiig