Connect with us
Paramount has picked up the rights for the graphic novel from Heavy Metal publishing and Daniel LuVisi, titled Last Man Standing: Killbook of a Bounty Hunter. And, with intent to franchise the whole thing, of course.

Last Man Standing takes place 600 years in the future, in an alternate universe and is about Gabriel, this invincible soldier, who’s been created to help win a war Earth got itself too deep into with Mars. After Gabe wins the war, he comes back down to Earth and is celebrated as this incredible hero. From there, he becomes somewhat of a celebrity, a Superman of this story, but then it all takes a quick turn. Gabriel is framed for an atrocious crime, by a terrorist organization known as Pandemonium and their leader, Dante. He is then sent to Level-9 Facility, where he’ll spend the next nine years in the worst prison of all time. Once Gabriel breaks out, only then does his true story begin, and the lies and twists unravel.” Daniel LuVisi, who first created and illustrated Last Man Standing as an art-filled coffee table book based on the life of Gabriel, added: “As for the entire series, it’s a story of mine I’ve been crafting over the past two and a half years. I want it to be a graphic novel series, but start it in a non-traditional type way. 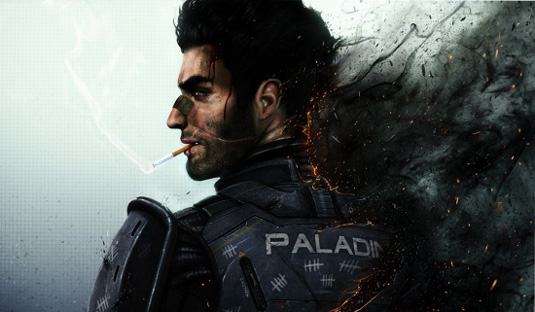 Where most comics start off with a first issue, this starts off with a 230-page bible of a book, “Killbook of a Bounty Hunter”, that sets up the entire universe of the LMS world. But not only that, the audience gets an incredibly deep perspective on the protagonist, Gabriel, and what his plans are now that he’s escaped from Level-9.” Scott Aversano will produce, along with Last Man Standing artist and creator LuVisi, and, as usual, we’ll keep you updated!
Continue Reading
Advertisement
You may also like...
Related Topics: