Connect with us
If we’re going to judge new Mission: Impossible by this casting news then it’s definitely going to be the most gorgeous sequel ever! 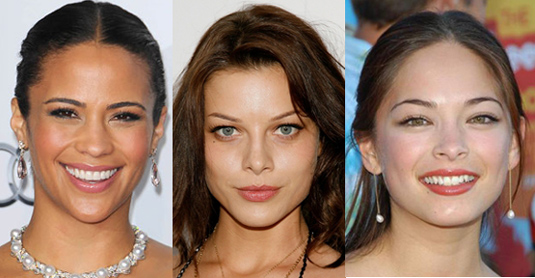 So, check this out guys! Lauren German from Hostel: Part II, Paula Patton from Precious and lovely Kristin Kreuk that we all remember from Smallville are testing for the role of a young female operative! Like we previously reported, Jeremy Renner has joined the movie, and the word is that Renner will play a younger agent being mentored by Ethan Hunt, played, of course, by Tom Cruise. From there, subsequent movies in the franchise will star Renner with Cruise appearing in a supporting role. There were talks early on in the development of the movie that the film would introduce a younger agent so when Cruise left the franchise, they could reboot with a new version of Ethan Hunt. As you see, it looks that reboot might be coming sooner than we expected. Not to mention that Mission Impossible 4 won’t even be called that way, and guys from Paramount are currently evaluating new titles that would serve to relaunch the series. We’re definitely interested to see which of these lovely ladies will get the role in the upcoming Mission: Impossible 4 (we can still call it MI) directed by Brad Bird and scheduled to hit theaters on December 16th, 2011.
Continue Reading
Advertisement
You may also like...
Related Topics:Brad Bird, Jeremy Renner, kristin kreuk, Lauren German, Mission: Impossible 4, Paula Patton, Tom Cruise