Loaded with new beautifully shot footage from the film, the first, unusually long 90-second spot features footage set to Anne Hathaway‘s rendition of ‘I Dreamed a Dream,’ while the second 30-second spot titled ‘Medley,’ shows the fragile Hathaway getting her hair shaved, snippets of a battle, a peep of romance to the same soundtrack and a tease of Cosette’s ‘Castle on a Cloud.’

The movie opens on Christmas Day this year.

Les Misérables is the motion-picture adaptation of the beloved global stage sensation seen by more than 60 million people in 42 countries and in 21 languages around the globe and still breaking box-office records everywhere in its 27th year. Helmed by The King’s Speech‘s Academy Award®-winning director, Tom Hooper, the Working Title/Cameron Mackintosh production stars Hugh Jackman, Oscar® winner Russell Crowe, Anne Hathaway and Eddie Redmayne, with further casting to be announced.

In December 2012, the world’s longest-running musical brings its power to the big screen in Tom Hooper’s sweeping and spectacular interpretation of Victor Hugo’s epic tale. With international superstars and beloved songs–including “I Dreamed a Dream,” “Bring Him Home,” “One Day More” and “On My Own”–Les Misérables, the show of shows, is now reborn as the cinematic musical experience of a lifetime. 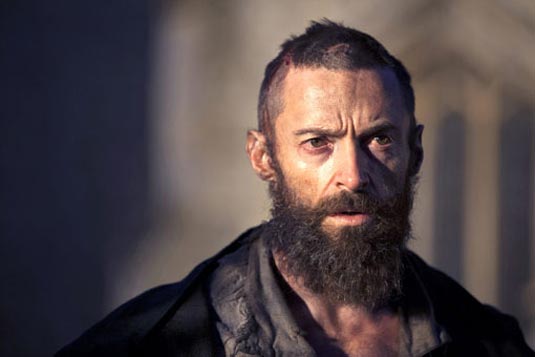