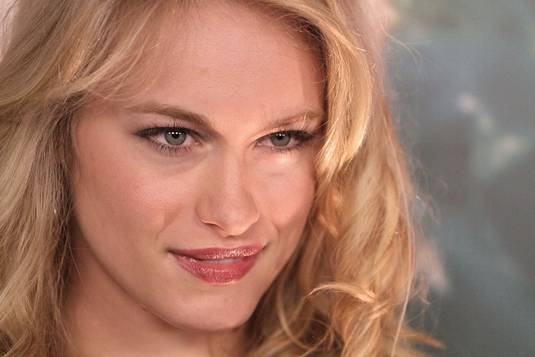 The Hunger Games Tribute Leven Rambin will now join Gerard Butler and Jonny Weston in the true story of legendary big wave surfer Jay Moriarty. After she won the role of Glimmer, who comes face-to-face with Jennifer Lawrence, Curtis Hanson picked Ramblin as the female lead for his biopic Mavericks. Weston will play Moriarty; Butler will be mentor Rick ‘Frosty’ Hesson and Rambin is going to be Moriarty’s love interest, who is a keen surfer herself. This movie will be Hanson’s first feature film since Lucky You five years ago. He will direct from a screenplay by Kario Salem and Hooper. No word yet on when that will begin shooting. Mavericks is a surfing location in Northern California, located just north of Half Moon Bay at the village of Princeton-By-The-Sea. After a strong winter storm, waves can regularly reach over 25 feet and top out at over 80 feet. Well, this point has come to be named after Maverick, a white-haired German Shepherd owned by one of three surfers who first decided to try the distant waves off Pillar Point back in 1961. From the first time he paddled a surfboard out at Santa Cruz, Jay Moriarty earned a reputation in the sport that will triumph indefinitely. Young Moriarty chanced across a wrinkled elder local named Rick “Frosty” Hesson in the midst of a rant about Northern California surfing jewel. Hesson, the former lifeguard and collegiate swimmer agreed to prepare him for his future to conquer the dangerous Mavericks. The day before his 23rd birthday, Jay drowned while free-diving alone off the Lohifushi Island resort in the Maldives, where he was visiting for a photo shoot session. He had planned to meet his wife of less than one year, Kim, and begin his fourth season, this time as head instructor, for the O’Neill Academy through Europe. On June 26, a memorial service drew at Pleasure Point drew hundreds of fans as Kim scattered his ashes into the ocean. Check out Jay Moriarty video below: [youtube]http://www.youtube.com/watch?v=Nltv2pJyIRU[/youtube]