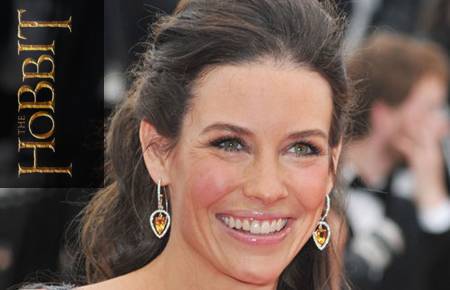 The Hobbit cast now has a few more members. Director Peter Jackson revealed that former Lost star Evangeline Lilly will be joining the cast as an elf. He wrote on his Facebook page:

Evangeline Lilly will be playing a new character—the Woodland Elf, Tauriel. Her name means ‘daughter of Mirkwood’ and, beyond that, we must leave you guessing!”

Jackson also revealed the casting of one more of the book’s characters on Sunday:

I’m also highly excited that Barry Humphries will be portraying the Goblin King, in much the way Andy Serkis created Gollum… we’re looking forward to seeing him invest the Goblin King with the delicate sensitivity and emotional depth this character deserves Evangeline and Barry, along with Welsh actor Luke Evans as Bard and Benedict Cumberbatch as Smaug, just about rounds out the major casting. I cannot wait to get stuck into these new scenes.”

As earlier stated the cast comprises many of the original Lord of the Rings stars, such as Ian McKellen as Gandalf the Grey; Elijah Wood as Frodo Baggins; Cate Blanchett as Galadriel; Orlando Bloom as Legolas; Hugo Weaving as Elrond; Christopher Lee as Saruman; Andy Serkis as Gollum and Ian Holm as the elder Bilbo;.

The director suppressed any future rumors from fanboys that the addition of Evangeline is a signal of having a romance looming with another favorite pointy-eared Middle Earth resident:

No, there is no romantic connection to Legolas. What is not a secret is how talented and compelling an actress Evangeline is; we are thrilled and excited she will be the one to bring our first true Sylvan Elf to life.”

Take a break from the land of the hobbits and check out the trailer for upcoming Real Steel, starring the 31-year-old Lilly opposite Hugh Jackman.