We are here today to share with you some great photos or if you prefer “lobby cards” from Robert Rodriguez’ upcoming action Machete. 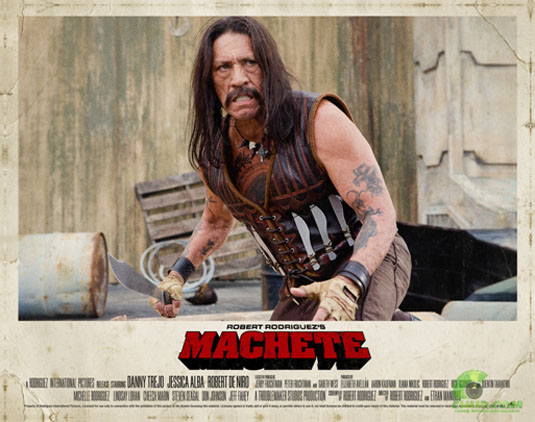 The images featuring Danny Trejo as the title character, a blade-wielding antihero, Jessica Alba, Steven Seagal, Michelle Rodriguez, Robert De Niro and Don Johnson. Check them out below and enjoy. 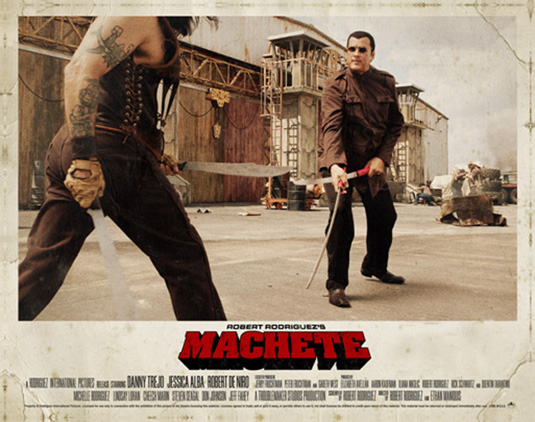 Machete is based on the “fake” trailer in Robert Rodriguez’s 2007 “Grindhouse,” featuring Danny Trejo and Jeff Fahey reprising their original roles. 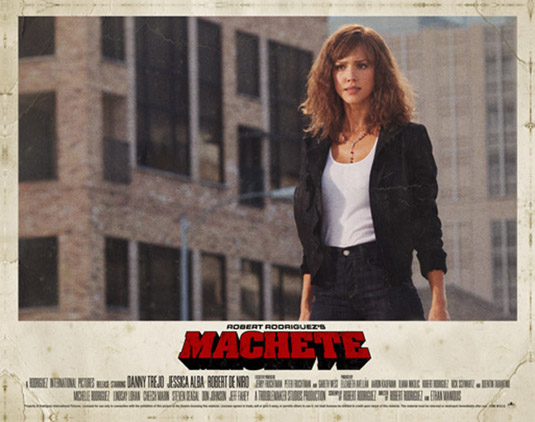 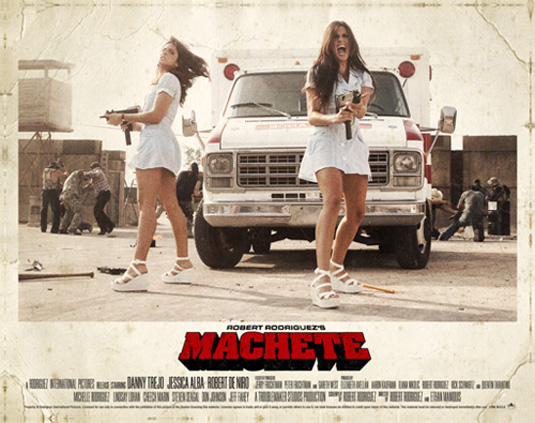 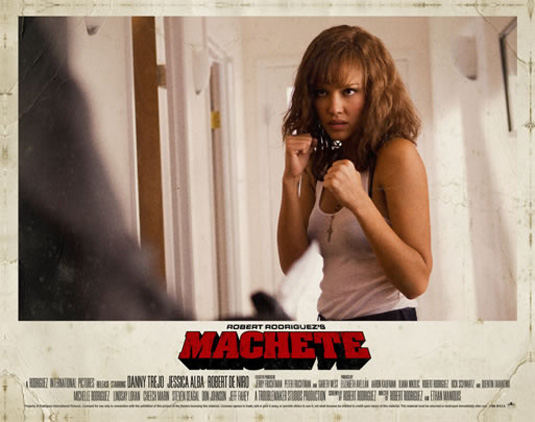 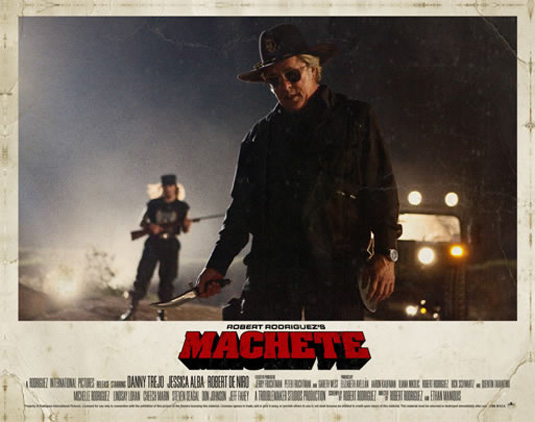 Double crossed and on the run Machete braves the odds with the help of Luz (Michelle Rodriguez), a saucy taco slinger, Padre (Cheech Marin) his “holy” brother, and April (Lindsay Lohan) a socialite with a penchant for guns. All while being tracked by Sartana (Jessica Alba), a sexy ICE agent with a special interest in the blade slinger. 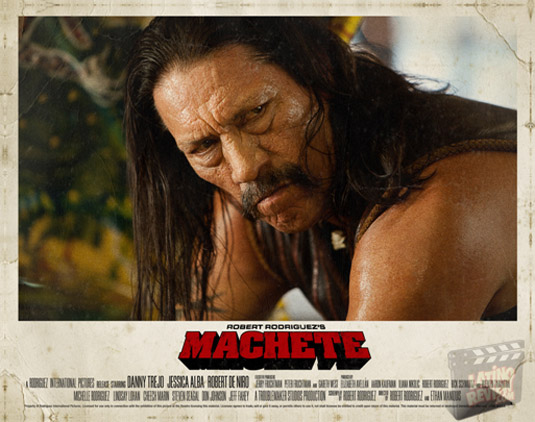 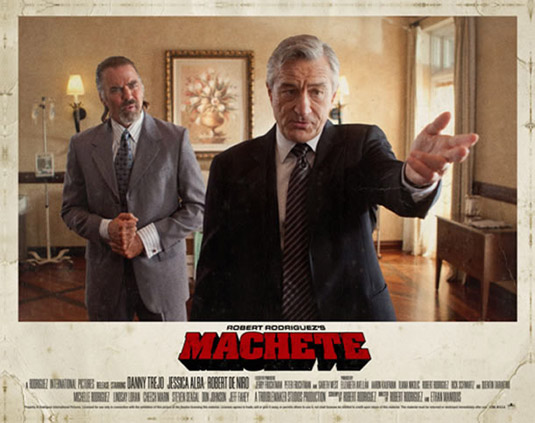 20th Century Fox will release the movie in theaters on September 3rd, 2010. 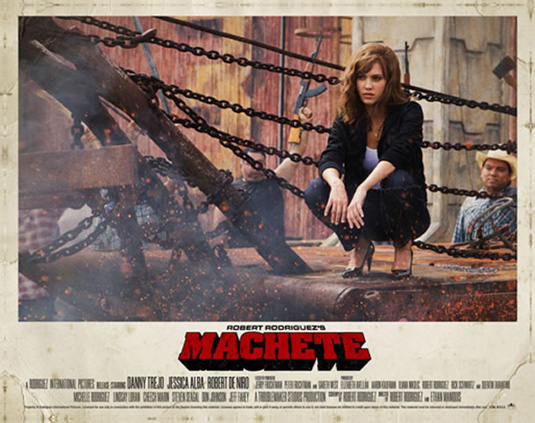 You can find more images from upcoming Machete here and in our Machete Photo Gallery.