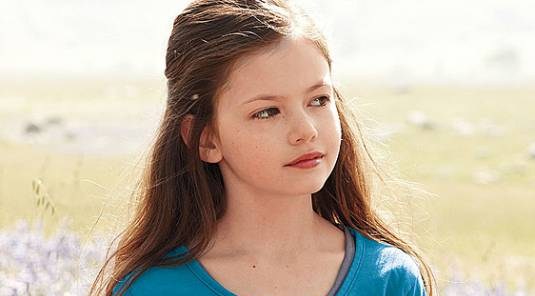 Such a sweet little girl! And we all know who Mackenzie Foy is, right? Yeah, yeah, she’s best known as Kristen Stewart and Robert Pattinson’s daughter in that Twilight thing, but as you already see from our title – she’s more than ready to continue with hard work, and join an upcoming indie drama titled Wish You Well. There, she will star next to previously announced Ellen Burstyn and Josh Lucas. Not a bad company at all! Wish You Well is actually an adaptation of David Baldacci‘s bestseller of the same name, and Darnell Martin will be in charge of directing the whole thing, while Baldacci stands behind the script and will also serve as producer. Movie, set in the 1940s, centers on a young girl and her brother who move from New York to a Virginia farm to live with their great-grandmother following a family tragedy. The change of scenery helps her understand what inspired her father’s writings while discovering herself, the love of family and the power of true belief. As you already guess, Foy is set to star as that young girl, while the rest of the supporting cast includes Ned Bellamy, Laura Fraser, Seamus Davey-Fitzpatrick, Alano Miller and JP Vanderloo. Wish You Well is currently shooting in Giles County, Virginia.