International poster and full length trailer for the upcoming “Madagascar: Escape 2 Africa,” have appeared online. Trailer showing what happens when the characters actually get to Africa :-) All the loveable characters are back – Alex the lion, Marty the zebra, Melman the giraffe and Gloria the hippo, King Julien, Maurice and the penguins – in “Madagascar: Escape 2 Africa.” Left marooned on the distant shores of Madagascar, the New Yorkers have hatched a plan so crazy it just might work. With military precision, the penguins have repaired an old crashed plane – sort of. Once aloft, this unlikely crew stays airborne just enough to make it to the wildest place of all – the vast plains of Africa itself – where our zoo-raised crew encounter species of their own kind for the very first time. While discovering their roots, they quickly realize the difference between the concrete jungle and the heart of Africa. Despite long-lost relatives, romantic rivals and scheming hunters, Africa seems like a “crack-a-lackin” great place… but is it better than their Central Park home? The film is due out in conventional theaters and IMAX extra-large screens on November 7, 2008. 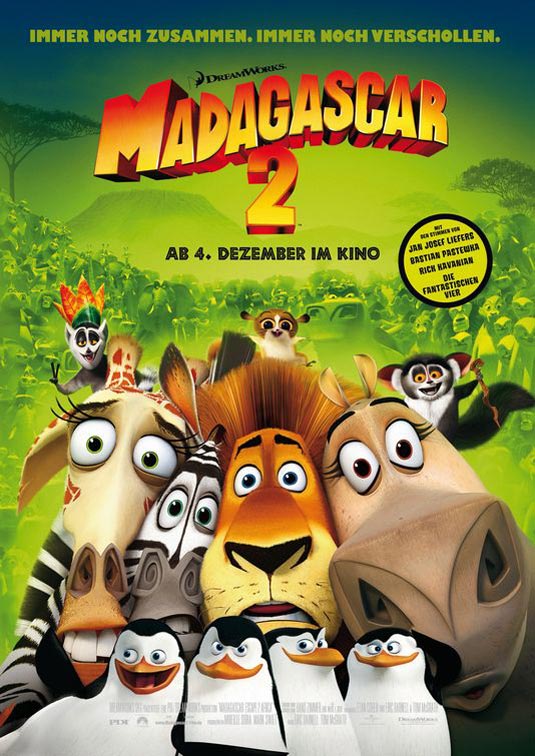