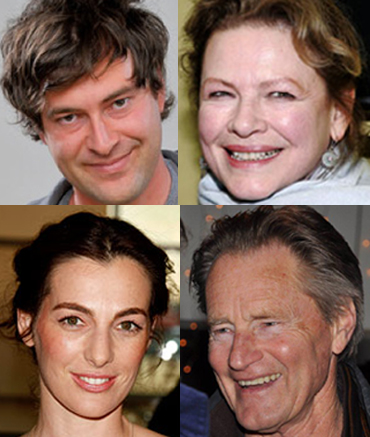 Few days ago we reported that Lawrence Kasdan is set to direct Darling Companion, and that his upcoming indie drama already has Diane Keaton, Kevin Kline, Richard Jenkins and Elisabeth Moss all on board to star in it. Today, we’re here for a little update because director has just added Mark Duplass, Dianne Wiest, Ayelet Zurer and Sam Shepard to the cast. So, we already had a litte chat about this story, but, thanks to the full press release, we have the official details: “Darling Companion is the story of a woman who loves her dog more than her husband. And then her husband loses the dog. On a wintry day, Beth (Keaton) saves a bedraggled lost dog from the side of the freeway. Struggling with her distracted, self-involved husband Joseph (Kline) and an empty nest at home, Beth forms a special bond with the rescued animal. When Joseph loses the dog after a wedding at their vacation home in the Rockies, the distraught Beth enlists the help of the few remaining guests and a mysterious young woman (Zurer) in a frantic search. Each member of the search party is affected by the adventure, which takes them in unexpected directions – comic, harrowing, and sometimes deeply emotional.” Director Kasdan explained: “It’s a struggle to reach this older audience. They’re out there dying to go to the movies but it’s harder to get them to come the first weekend. It’s harder to penetrate with advertising. Anything harder is not on anyone’s agenda anymore.” The film will be produced by Anthony Bregman, Elizabeth Redleaf and Lawrence Kasdan, while Christine Walker, Meg Kasdan and John Kelly will serve as executive producers. Darling Companion is scheduled to start shooting within the next week, in Utah.
Continue Reading
Advertisement
You may also like...
Related Topics:Ayelet Zurer, Darling Companion, Diane Keaton, Dianne Wiest, Elisabeth Moss, Kevin Kline, Lawrence Kasdan, Mark Duplass, richard jenkins, Sam Shepard