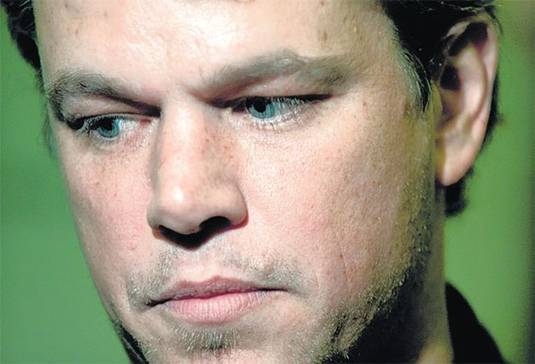 Good Will Hunting star, who has been impressing audiences around the world for over a decade and half with his acting, seems taking the next step in his Hollywood career – directing.

Jewerl Ross, a manager of a writer Matthew Aldrich, said:

When one of the biggest movie stars in the world, who also happens to be an Academy Award-winning screenwriter, gets on the phone with your client and offers to protect the writer’s vision and opens his hand to be a creative partner, it’s hard to say no.”

The money becomes secondary. This script is not the obvious studio movie. There are no explosions. It will require delicate handling. Avoiding years of development hell was our goal.”

It would be Damon’s first attempt at directing. He who is a partner with Ben Affleck in the production company Pearl Street, has produced or exec produced a wide range of films and documentaries, as well as Project Greenlight, a contest and TVseries centered on first-time filmmakers being given the chance to direct a feature. Besides for his Academy Award-winning screenplay for Good Will Hunting, he also penned the 2002 Gerry film, which he co-starred along Casey Affleck.

For the past few years it’s been demanding for Damon since he co-starred in the Oscar-nominated True Grit, and toplined Green Zone as well. He has already appeared in The Adjustment Bureau in 2011. Damon has four more movies that are coming soon to theaters including Mr. Margaret, co-starring Anna Paquin and Mark Ruffalo; Contagion, with a slew of thesps such as Gwyneth Paltrow, Kate Winslet, Marion Cotillard and Jude Law; We Bought a Zoo alongside Scarlett Johansson and Elle Fanning. He’ll also lend his voice in Happy Feet 2.

In short, Matt Damon is a very busy guy indeed since he’ll take on the role of Thorsen in Liberace, a new biopic to be directed by Oscar-winner Steven Soderbergh, later this year.

Check out The Adjustment Bureau trailer below: