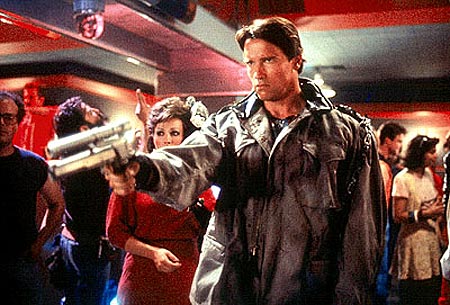 During the New York Comic-Con, “Terminator Salvation” director McG has confirmed that Arnold Schwarzenegger will in fact make an appearance in the film. The Playlist: “The T800s as we know them look like Arnold [Schwarzenegger]. The T800 plays a big role in this movie.. I can’t quite tell you how we express that, but I will tell you the following: I think when you make a Terminator movie the responsibility of our team…is to push special effects forward. So what we’re trying to do is create visual effects and write code that’s never been written before to address this very question. It is not clear if we will be successful or not, so we’re working very diligently on going up to ILM in Sn Francisco because soon to address this very nature because… let me just hint at this: I don’t want today’s Arnold Schwarzenegger.” 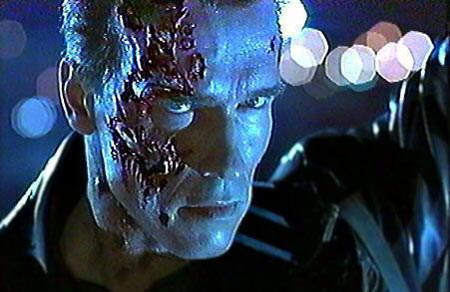 From MTV Movies Blog: Might he be working on some “Benjamin Button”-esque special effects to take the somewhat flabby 61-year-old Arnold of today and digitally sculpt him into the jacked badass Arnold of 1984? McG refused to delve much into the details, but he did say he’s enlisted the help of two-time Academy Award-winning effects master Charles Gibson and the wizards at Industrial Light & Magic to create a look that has never been seen on screen before. The ultimate goal, McG explained, is to “figure out how to blur the line between a human character and a synthetic character to the point where you just can’t tell where one begins and one ends.” We will still have to wait at least until May 22nd, 2009, when the movie is scheduled to hit theaters.
Continue Reading
Advertisement
You may also like...
Related Topics:Arnold Schwarzenegger, McG, Terminator Salvation