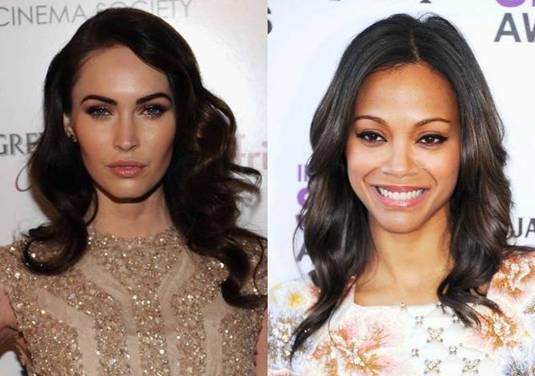 Enzo Mileti and Scott Wilson’s action-heist spec script Swindle has been designed as a star vehicle for Megan Fox and Zoe Saldana. Paramount now has a license to print money with Fox and Saldana both set to produce the film along with Moneyball producer Michael De Luca. The script is being kept under tight wraps. There’s also no word yet on where or when this film will shoot. Saldana is currently shooting the J.J. Abrams-directed Star Trek sequel and she will next star in the Guillaume Canet-directed Blood Ties, while Fox will be seen in the much-talked-about comedy, The Dictator and the Judd Apatow-directed ensemble comedy This Is 40. Saldana is also in talks to star as Christian Bale’s ex-wife in revenge drama Out of the Furnace. Check out the trailer for a popcorn assassin pic Colombiana in which Saldana takes her place among big-screen heroines who play very rough. [youtube]http://www.youtube.com/watch?v=UHTOWFPGDKI[/youtube]
Continue Reading
Advertisement
You may also like...
Related Topics:megan fox, Zoe Saldana