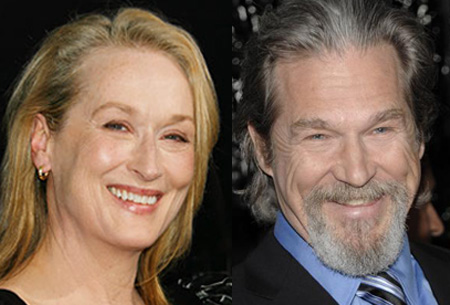 What’s that smell guys? Oh, wait, is that a smell of Academy award in the air? Ok, we know it’s too early to write something like that, but, when you have Jeff Bridges and Meryl Streep in one report, then it’s kind of logical thing to say. They are in talks to play the troubled couple in an upcoming David Frankel‘s project Hope Springs. Nothing is official yet, but we do have a right to hope! This story is written by Vanessa Taylor, lady which is best known from HBO’s Tell Me You Love Me, and it follows a couple who spend a weekend attending an intense counseling session in order to decide the fate of their 30-year marriage. At this moment we know that Escape Artists’ Jason Blumenthal, Todd Black and Steve Tisch will produce the picture with Guymon Casady of Management 360, while Chris Coggins and Lance Johnson will co-produce. And now feel free to admit that this sounds awesome! Or, at least, from this point of view, it looks that nothing could possibly go wrong with this project. More on this, as soon as possible, please!
Continue Reading
Advertisement
You may also like...
Related Topics:David Frankel, Hope Springs, jeff bridges, Meryl Streep