Connect with us
Ok, this is something that we just have to write about, although we still have basically nothing to share with you. 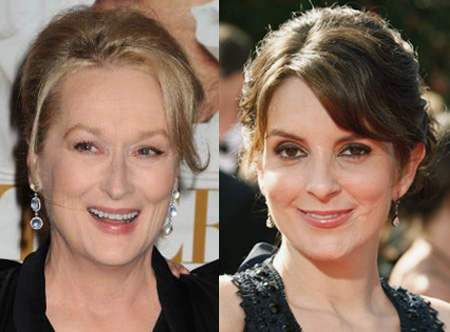 Except this great news: legendary Meryl Streep and lovely Tina Fey might be teaming up to star in Mommy & Me, a comedy to be directed by Stanley Tucci. So, at this moment no studio has officially signed on, and we still have no idea if Tucci will also star in it, but you must admit that it already sounds like great job! Here’s what guys from LA Times are saying: “There’s no script and no writers yet on the film, which is obviously at the shopping/development stage, but the central idea is that of a mother-daughter comedy that will give the two actresses a chance to flash their comedic and dramatic chops. There’s also something sort of brilliant about the title: If Fey’s Date Night drew couples to theaters on their own date nights, Mommy & Me could have a similar effect on mothers and daughters looking for some bonding time at the multiplex.” Sounds interesting enough? Yeah, we agree! Tucci and Streep have worked together before in The Devil Wears Prada and Julie and Julia. So we definitely have no doubt that the two of them make a great team. On the other hand, Fey has already proven that she’s more than capable of handling comedy as well, so what are we waiting for then?! Oh, yes, we’re waiting for more details! Stay with us!
Continue Reading
Advertisement
You may also like...
Related Topics:Meryl Streep, Stanley Tucci, Tina Fey