Connect with us
It’s official now! Paramount Pictures and MTV Films announced the development of a comedy focused on Grossman, the foul-mouthed movie producer played by Tom Cruise in Tropic Thunder and the 2010 MTV Movie Awards. 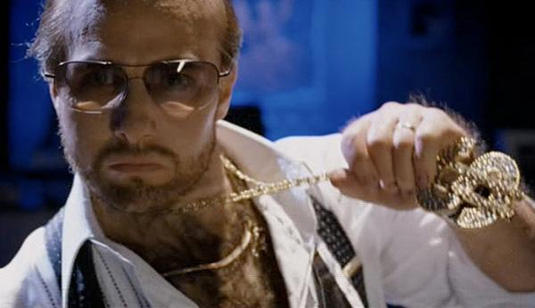 Cruise, Ben Stiller and Stuart Cornfield are producing the project with Scott Pilgrim vs. the World screenwriter Michael Bacall tackling the script. No word yet if the Tropic Thunder crew will reprise their roles in this project. Let us remind you that movie starred Ben Stiller, Robert Downey Jr., Jack Black, Jay Baruchel and Matthew McConaughey, but it looks that above mentioned guys (or, producers) are quite excited about the whole thing. “Les Grossman’s life story is an inspiring tale of the classic human struggle to achieve greatness against all odds, and I am honored to be working with him,” said Stiller, who starred in, co-wrote and directed Tropic Thunder. On the other hand, folks from Paramount are sharing his opinion, since Paramount Film Group president, Adam Goodman, added: “Everything I learned in this business, I’ve learned from Les. I started out as his assistant, and from the first day he threw his desk at me when I got his lunch order wrong, I have loved him like a father.” We definitely hope that this movie will be hilarious, that’s why we’ll keep an eye on their work, and with every new detail about this project we’ll be back. Stay with us!
Continue Reading
Advertisement
You may also like...
Related Topics:Ben Stiller, Les Grossman, Michael Bacall, Tom Cruise, Tropic Thunder