Michael Connelly‘s The Black Ice and The Black Echo novels are finally going to be adapted for a big screen, and this time by producers Soren Staermose and Ole Sondberg’s Swedish production company Yellow Bird (the same company that stands behind the Swedish version of The Girl With the Dragon Tattoo).

Connelly is probably best known as guy who penned the book The Lincoln Lawyer was based on, and I’m sure you already know he even sued Paramount Pictures to recapture rights to his above mentioned Harry Bosch crime novels.

So, Paramount has had the rights to both The Black Ice and The Black Echo since 1992, but has stalled the projects on numerous occasions. Both novels follows LAPD detective Harry Bosch, the character who has been at the center of 16 of Connelly’s novels.

According to Deadline, “the two books were optioned in 1992 and Connelly sued last year because when he attempted to recover rights to the stalled film project, he felt that Paramount loaded an unreasonable amount of development costs and interests onto the package, with little documentation to back it up.”

The Black Ice follows: “Narcotics officer Cal Moore’s orders were to look into the city’s latest drug killing. Instead, he ends up in a motel room with a fatal bullet wound to the head and a suicide note stuffed in his back pocket. Working the case, LAPD detective Harry Bosch is reminded of the primal police rule he learned long ago: Don’t look for the facts, but the glue that holds them together. Soon Harry’s making some very dangerous connections, starting with a dead cop and leading to a bloody string of murders that wind from Hollywood Boulevard to the back alleys south of the border. Now this battle-scarred veteran will find himself in the center of a complex and deadly game-one in which he may be the next and likeliest victim.”

When it comes to The Black Echo, here’s a synopsis part: “For maverick LAPD homicide detective Harry Bosch, the body in the drainpipe at Mulholland Dam is more than another anonymous statistic. This one is personal…because the murdered man was a fellow Vietnam “tunnel rat” who had fought side by side with him in a hellish underground war. Now Bosch is about to relive the horror of Nam. From a dangerous maze of blind alleys to a daring criminal heist beneath the city, his survival instincts will once again be tested to their limit. Pitted against enemies inside his own department and forced to make the agonizing choice between justice and vengeance, Bosch goes on the hunt for a killer whose true face will shock him.”

We’ll keep an eye on The Black Ice and The Black Echo projects, make sure you stay tuned! 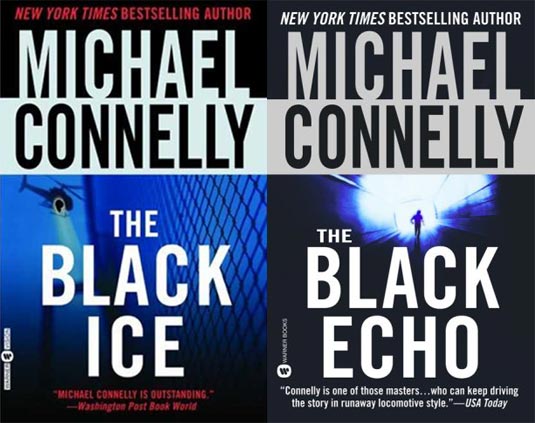 The Black Ice and The Black Echo