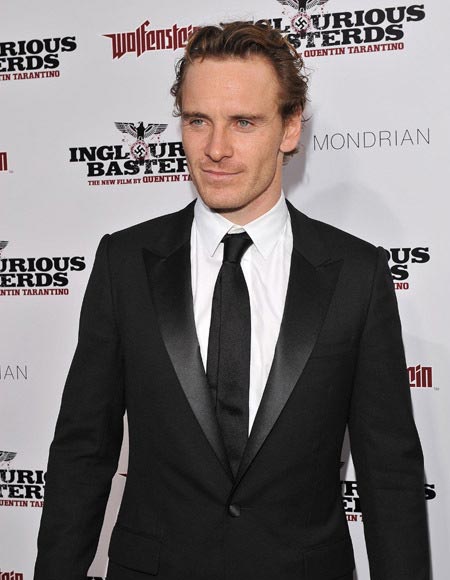 German actor Michael Fassbender has joined Noomi Rapace as the second official star in Ridley Scott‘s Prometheus. As we mentioned before, Ridley Scott and Damon Lindelof are rescuing the script’s corpse by renovating the original idea into a new film titled “Prometheus”. Right now we find out the movie just shifted release dates, moving from a March 2012 to a high-profile summer release of June 8, 2012. THR reports that Michael Fassbender has officially signed on to star in Ridley Scott’s “Prometheus”, an original sci-fi epic that jumped out of discussions of an Alien prequel. Fassbender will play an android. Noomi Rapace was recently announced as the female lead of the film, a character named Elizabeth Shaw, after a long period of speculation as well. No word yet on whether Charlize Theron or Angelina Jolie will be skip to board as the role of Vickers. Much of the story is being covered up, but Scott has said the movie will have the ”Alien DNA”, whatever that means. The story has become something “more original,” and the Jon Spaihts draft has been rewritten by Scott and Damon Lindelof. Scott says Prometheus has

a new, grand mythology and universe in which this original story takes place” and “the ideas tackled in this film are unique, large and provocative.

Damon Lindelof has marked the project

daring, visceral and hopefully, the last thing anyone expects.

This also takes Fassbender out of the running of Snow White and the Huntsman, a role that he was reportedly a one to beat. He also recently made his unveiling as Erik Lensshr a.k.a. Magneto in the first set of stills from X-Men: First Class, which comes out on June 3rd. Before that he will star as the uniformly iconic Mr. Rochester in a new version of Jane Eyre opposite Mia Wasikowska in the title role. Stay tuned to find out whether Charlize Theron or Angelina Jolie could take a role in this picture.
Continue Reading
Advertisement
You may also like...
Related Topics:Angelina Jolie, Charlize Theron, Damon Lindelof, Michael Fassbender, Noomi Rapace, Ridley Scott