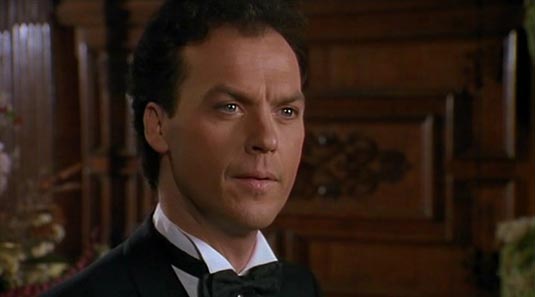 In a recent episode of the WTF Podcast with Marc Maron, actor Michael Keaton stated that he once had a vision to star in a ‘Batman Origin Story’. The thought popped up while the actor was complimenting the direction of the series taken by Christopher Nolan.

“You look at where he went, which is exactly what I wanted to do when I was having meetings about the third one. I said you want to see how this guy started. We’ve got a chance here to fix whatever we kind of maybe went off. This could be brilliant.”

Joel Schumacher wasn’t on board, apparently, so Keaton gave up and went on with his life (a good decision, from today’s point of view). Keaton also mentioned that he hasn’t seen any of the new Batman films, except for bits and pieces of The Dark Knight, which I personally found a little eye-popping, since I thought he’d like to see who followed in his footsteps to make the iconic role. It’s no secret that the fans have been hoping for a Keaton reprisal for an aged Batman reboot, and even that he might be the best Batman there is, according to some, but the fact he hasn’t been following the franchise leaves a bit of a disapponting sadness.
Continue Reading
Advertisement
You may also like...
Related Topics:Christopher Nolan, Joel Schumacher, Michael Keaton, The Dark Knight

SHADOW OF COLOSSUS to be Penned by Hanna’s Seth Lochhead; Josh Trank Attached to Direct
Del Toro Struggling with AT THE MOUNTAINS OF MADNESS and HULK TV Project
Advertisement