They all seem to like the upcoming Sleepwalk with Me movie. I just saw the trailer for the whole thing, and I’m not so impressed. Well, ok, I still believe that Mike Birbiglia‘s movie is worth your attention (after all, that’s why I’m writing this stuff right now), maybe I just thought that a trailer would be more…I don’t know, exciting perhaps. Anyway, this movie premiered at the Sundance Film Festival this January and the critics were quite good. So now the only thing that remains for the team behind Sleepwalk with Me is that the audience would love the movie as well as (for example) Judd Apatow, who even said: “I could have watched it for ten hours.” Really, Judd? The whole thing is based Birbiglia’s successful one-man show, which follows a stand-up comedian struggling with the stress of a stalled career, a stale relationship threatening to race out of his control, and the wild spurts of severe sleepwalking he is desperate to ignore. The cast looks great, indeed. Beside Birbiglia, the movie also stars Lauren Ambrose, David Wain, Kristen Schaal, Carol Kane and James Rebhorn. Sleepwalk With Me opens on August 24th, 2012. Let us know what you think about this video, and stay tuned for more! 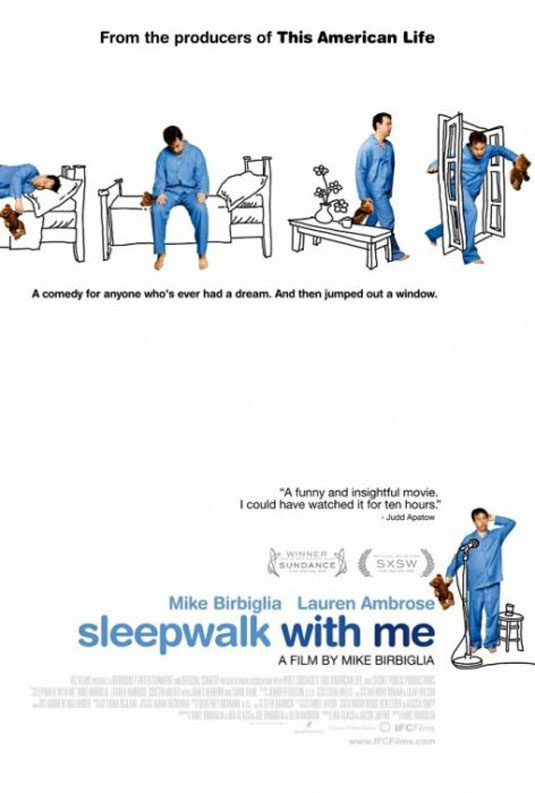