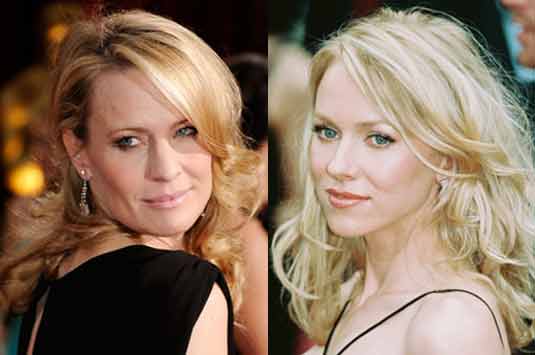 Here’s something fresh, with big “f”! French helmer Anne Fontaine, best known for her Coco Before Chanel biopic, is now on board to direct an adaptation of the 2003 novella by Nobel Prize-winner Doris Lessing, titled The Grandmothers. But, just in case you’re a little bit confused by our excitement about the whole thing, here’s the answer! According to the latest reports, Naomi Watts and Robin Wright are on board to star in it, and you must admit that sounds awesome! The Grandmothers is scripted by Atonement and Dangerous Liaisons scribe Christopher Hampton, and we’re talking about a story which follows two childhood friends and neighbors who each fall in love with the other’s son, to the disgust of the boys’ wives. At this moment we have James Frecheville, best known from Animal Kingdom and Xavier Samuel, best known for Twilight: Eclipse attached to play the sons. We also learned that shooting on The Grandmothers starts in February, with Andrew Mason and French companies Gaumont and Mon Voisin on board to produce the project. As usual, with every new detail about the whole thing, we’ll be back, so make sure you stay tuned for more updates!
Continue Reading
Advertisement
You may also like...
Related Topics:Anne Fontaine, James Frecheville, Naomi Watts, Robin Wright, The Grandmothers, Xavier Samuel