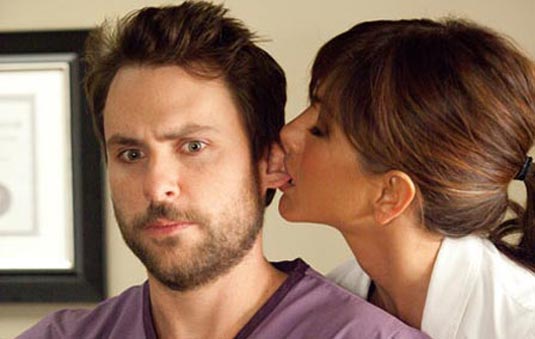 One of our favorite upcoming projects is definitely Seth Gordon’s comedy Horrible Bosses that we already wrote about.

And no, we’re not here today to add someone new to this list! We’re here to share the newest images from the film that come straight from EntertainmentWeekly!

Horrible Bosses is the project described as “a dark, in-the-workplace comedy” and is based around three friends who conspire to kill their bosses. 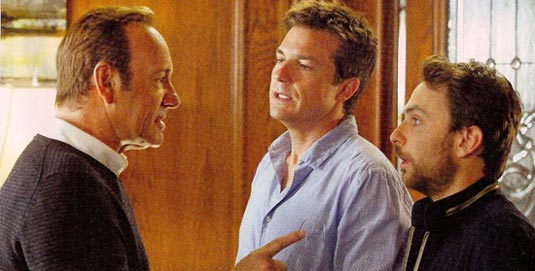 Or, if you prefer the official synopsis part:

“For Nick (Jason Bateman), Kurt (Jason Sudeikis) and Dale (Charlie Day), the only thing that would make the daily grind more tolerable would be to grind their intolerable bosses (Kevin Spacey, Colin Farrell, Jennifer Aniston) into dust.

Quitting is not an option, so, with the benefit of a few-too-many drinks and some dubious advice from a hustling ex-con (Jamie Foxx), the three friends devise a convoluted and seemingly foolproof plan to rid themselves of their respective employers…permanently. There’s only one problem: even the best laid plans are only as foolproof as the brains behind them.” 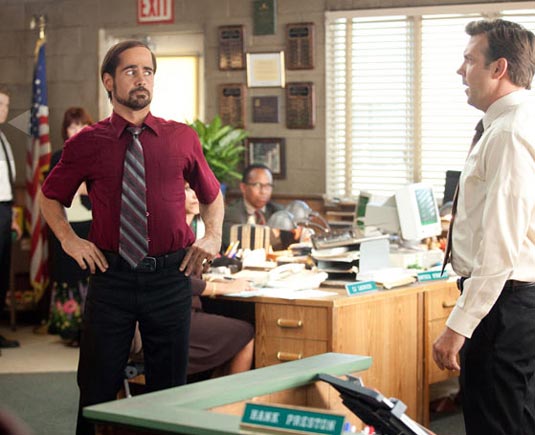 Seth Gordon is directing from the script of Jonathan Goldstein and John Francis Daley. Brett Ratner and Jay Stern are producing.

At the end, let us remind you that Horrible Bosses is currently slated to hit theaters on July 29, 2011. Stay tuned, and enjoy the latest “horrible” images!