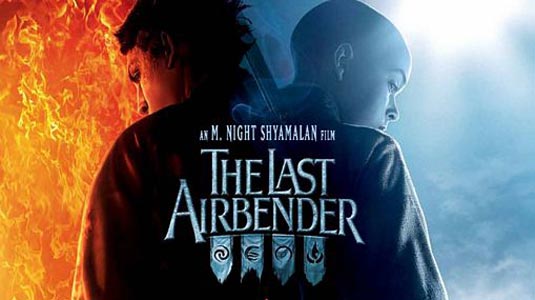 We’ve got new poster for M Night Shyamalan’s The Last Airbender which combines the previous two posters we published a few days ago. Suspense auteur M. Night Shyamalan takes a break from crafting original screenplays to tell this tale of a 12-year-old boy (Noah Ringer) who provides the last hope for restoring harmony to a land consumed by chaos. In a world balanced on the four nations of Water, Earth, Fire, and Air, people known as… the Waterbenders, Earthbenders, Firebenders, and Airbenders have mastered their native elements. Though the masters can each manipulate their native elements, the only one with the power to manipulate all four elements is a young boy known as the Avatar. When the Avatar subsequently appears to die while still mastering his powers, the Fire nation launches a global war with the ultimate goal of global domination. One hundred years later, two teens discover that the Avatar and his flying bison have in fact been locked in suspended animation. Upon being freed from his prison, the Avatar embarks on an arduous quest to restore harmony among the four war-ravaged nations. The Last Airbender stars Aasif Mandvi, Cliff Curtis, Dev Patel, Jackson Rathbone, Jessica Jade Andres, Keong Sim, Nicola Peltz, Noah Ringer and Shaun Toub Director M. Night Shyamalan is planning to develop a trilogy of Airbender films, with this first one hitting theaters on July 2nd, 2010.