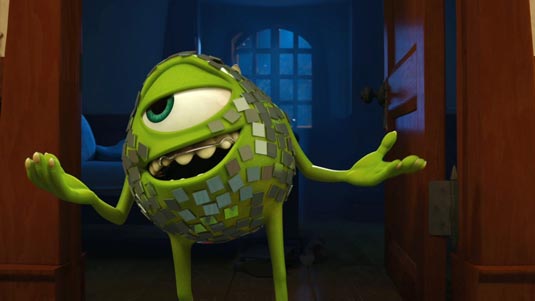 After the character posters and ID cards we posted a few days ago, now we present you these (slightly) new posters from Disney/Pixar’s Monsters University, directed by Dan Scanlon. Set 10 years before the events of Monsters Inc., Monsters University follows the story of Mike and Sully in their days at the Monstropolis University Of Fear. You can check the back-in-the-day posters after the jump.

Mike Wazowski and James P. Sullivan are an inseparable pair, but that wasn’t always the case. From the moment these two mismatched monsters met they couldn’t stand each other. “Monsters University” unlocks the door to how Mike and Sulley overcame their differences and became the best of friends. Screaming with laughter and fun, “Monsters University” is directed by Dan Scanlon (“Cars,” “Mater and the Ghostlight,” “Tracy”) and produced by Kori Rae (“Up,” “The Incredibles,” “Monsters, Inc.”).

Billy Crystal and John Goodman reprise their roles as Mike and Sully as they go from worst enemies to best friends before endeavouring to becomes scarers at Monsters Inc. The film also stars Steve Buscemi, Dave Foley, Julia Sweeney, Joel Murray and Peter Sohn, and is set to hit the theaters on June 21st, 2013.