Connect with us
Today we have the latest posters for  “Diminished Capacity”, “Eagle Eye“, “Hancock“, “How to Lose Friends and Alienate People“, “Nick and Notah’s Infinite Playlist” and “Tropic Thunder” 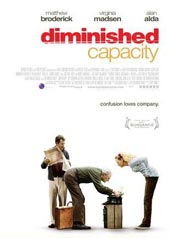 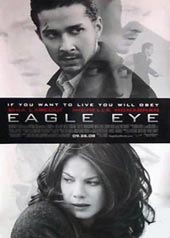 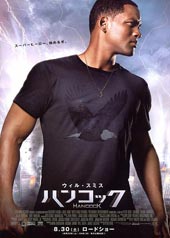 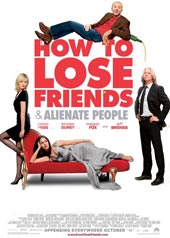 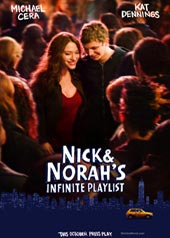 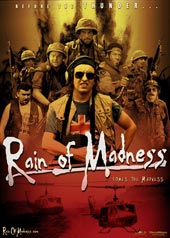 Nick and Norah’s Infinite Playlist  “Nick And Norah’s Infinite Playlist“, a comedy/romance based on a bestselling Young Adult novel, starring Michael Cera and Kat Dennings. The MTV Movies blog is calling Nick And Norah “the next Juno”, but let’s not typecast our boy Michael as he grows into leading man roles. Michael must remain famous forever for the universe to remain intact, and the journey from Superbad to Best Actor Oscar is a delicate and gradual one. “Nick and Norah’s Infinite Playlist” will hit theaters on October 3rd, after premiering at the Toronto Film Festival in September. How to Lose Friends and Alienate People  In the movie, Sidney Young (Pegg) is a disillusioned intellectual who both adores and despises the world of celebrity, fame and glamour. His alternative magazine, Post Modern Review, pokes fun at the media obsessed stars and bucks trends, and so when Young is offered a job at the diametrically opposed conservative New York based Sharps magazine its something of a shock! It seems Sharps editor Clayton Harding is amused by Young’s disruption of a post-BAFTA party with a pig posing as Babe. Thus begins Sidney’s descent into success – his gradual move from derided outsider to confidante of starlet Sophie Maes – and a love affair with colleague Alison Olsen, that will either make him or break him. In addition to Pegg, the film also stars Kirsten Dunst, Jeff Bridges and Megan Fox. It is scheduled to hit theaters in the UK in October 2008, with no word on whether it will receive a US release.
Continue Reading
Advertisement
You may also like...
Related Topics:Hancock

”Fly Me To The Moon” – Trailer, Stills and Poster
“Quantum of Solace” New Poster
Advertisement