Connect with us
Jon Favreau had earlier criticised studio Marvel for setting an “unrealistic” release date for the superhero sequel. 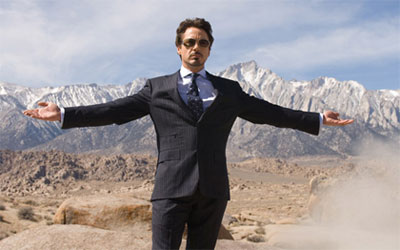 The director said he had been surprised by Marvel’s announcement that the superhero sequel will be released on April 30, 2010. “Neither Robert Downey Jr. nor I were consulted about this and we are both concerned about how realistic the date is in light of the fact that we have no script, story or writers hired yet.” He recently told that the stars of the original film are in negotiations to reprise their roles, saying: “When it comes to the cast of the sequel there is no need to worry, it looks like everyone from Robert Downey to Gwyneth Paltrow is back for more.” Rumours later surfaced that Jon Favreau would not return to direct the film – The director is said to be at odds with Marvel Studios over his salary for the upcoming sequel. After guiding the superhero film to box office success, Favreau has allegedly requested a pay increase for 2010’s “Iron Man 2.” However, Marvel has been unable to match Favreau’s demands and believes that a franchise sequel will be a commercial success with or without the director of the first film. But Favreau has now reportedly agreed a contract after being offered a more lucrative deal by Marvel boss David Maisel, according to Deadline Hollywood Daily. Robert Downey Jr. will also return for “Iron Man 2,” which is scheduled for an April 2010 release. Read full story: Deadline Hollywood Daily
Continue Reading
Advertisement
You may also like...
Related Topics:Gwyneth Paltrow, Iron Man 2, Jon Favreau, Marvel, Robert Downey Jr.