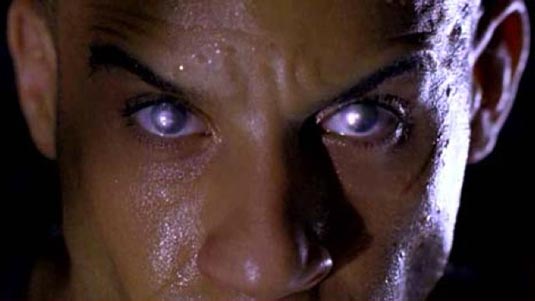 Vin Diesel has once again dug into his bag-of-holding-many-picss to give us our latest look at Riddick. Here, we see our hero taking a seat at the throne of his destiny. The actor has also released a second shot showing his mysterious-glowing darkvision eyes. Check them out after the jump.

What do you think? Are you ready to see the new story of Riddick?