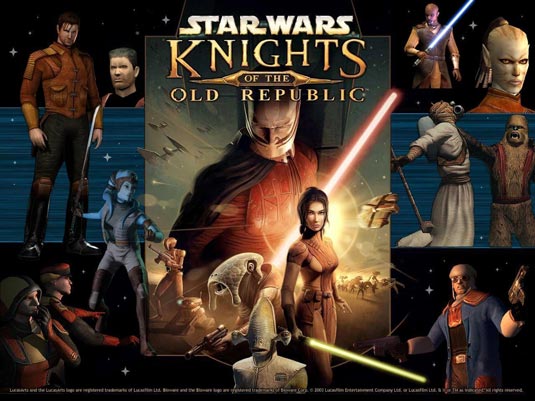 I must admit that I’ve sat down to write this only after I allowed myself a few minutes to calm down and my excitement to volume down, heheh. Namely, another juicy Star Wars rumor this week is that – brace yourselves! – Lucasfilm might be considering to adapt the all-time popular RPG, Knights of the Old Republic, one that I was so cheering and hoping for – and how wouldn’t I, since it is one of my favourite games as well as Expanded Universe stories?! And you thought we were going to let you by with only one rumor this week? Joke’s on you, heheh. Ain’t It Cool News is the one reporting that one of the many, MANY ideas currently floating around Lucasfilm (such as the Han Solo, Boba Fett and Yoda movie spin-offs) is a movie version of Star Wars: Knights of the Old Republic. The game is set 4,000 years before the rise of the Galactic Empire, and its story follows the rise, fall and redemption of one of the most famous and powerful Jedi in Expanded Universe – (Darth) Revan. The primary writer on the series, Drew Karpyshyn, transitioned into screenwriting last year and is reporting his first script is nearly done. Could it be Knights of the Old Republic? (PLEASE let it be!) According to the AICN, Karpyshyn left Bioware — the main developer of KotOR — last February to pursue screenwriting and since then, hasn’t really made much news. (He has, however, written five Star Wars novels proving he has a nice “in” at Lucasfilm.) His personal website says the following:

I don’t have any produced or sold screenplays yet. I have one script that’s nearly complete, and I will be looking for an agent soon to help me market it to major Hollywood studios.

That statement has no date on it, so it could have been updated yesterday or six months ago. Besides, there’s no actual evidence Karpyshyn is writing a Knights of the Old Republic screenplay. It’s very possible, probable even, that his screenplay is something different. But we know he has contacts at Lucas film and when the merge happened, who better to call than he to talk Knights of the Old Republic? Or maybe none of this is true at all – Karpyshyn also wrote Mass Effect, which is also being developed by Hollywood, and his name never came up there. The only Star Wars title that’s 100% happening is Episode VII. Lawrence Kasdan and Simon Kinberg are also, 100%, working on spin-offs, but we still don’t know their subjects. It could be Han Solo, Boba Fett or Yoda. It could be this Knights of the Old Republic rumor proving true or something completely different. At this point, almost anything that’s whispered along the words “Star Wars” gets people talking, so I see a lot of trolling potential here. Bad people! But maybe, just maybe, Lucasfilm will prove wise and embrace one of their most successful and popular extended universe franchises and turn it into a movie. And maybe that movie will be written by the man behind the game. If you do this, Lucasfilm, I’ll be ready to slave I mean work for you for a year, only for food and shelter. Let it be known. 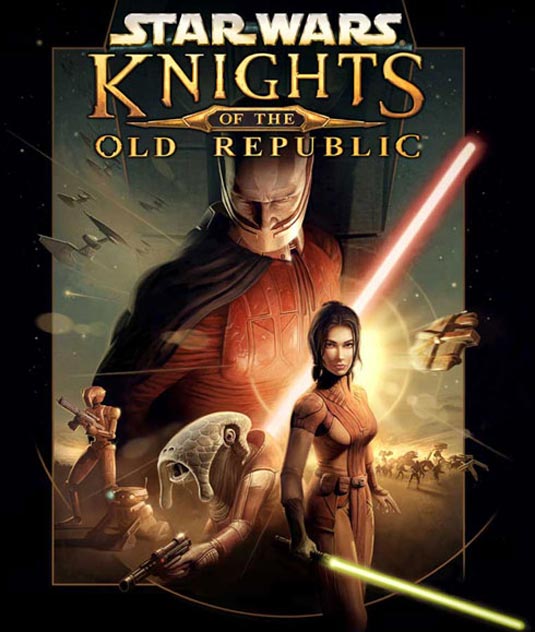 Anne Hathaway To Sing And Star In SONG ONE
Andy Goddard Set To Direct THE BLUNDERER, an Adaptation Of Patricia Highsmith’s Novel!
Advertisement