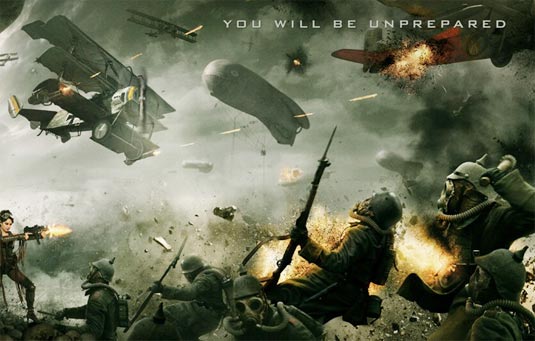 Recently, we added the first trailer for Sucker Punch. Today we have new banner for dark and violent fantasy film. Sucker Punch taking place inside the mind of a young woman trapped in a mental institution, she and a band of four other prisoners must battle their way to freedom. But what lies in their path is not just doctors and security guards, but German soldiers, futuristic robots, and a world of deep fantasy. That’s just what the movie’s newest banner tries to get across. From Warner Bros. Pictures and Zack Snyder (300, Watchmen) , the film stars Emily Browning, Vanessa Hudgens, Abbie Cornish, Jamie Chung, Jena Malone, Carla Gugino, Jon Hamm, Oscar Isaac, and Scott Glenn. Sucker Punch will be in theaters next year on March 25, 2011. Check out the banner below and click on it to see it full size. [source: IMP Awards]